Equipment Accessories
Price Now $299.00
Was
Was
Save $0.00 (0%)
Questions and Answers
Availability: In Stock
This item is in stock and ready to ship. Depending on the time of day when you place your order, it will ship same day or next business day. 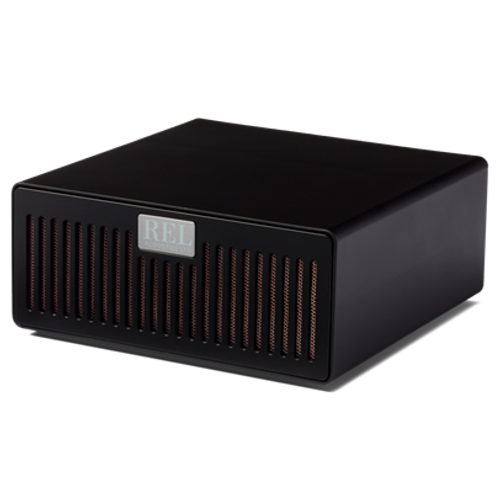 Be alerted when REL - AirShip Wireless Transmitter is back in stock

The REL AirShip wireless transmitter puts an end to the reservations most listeners harbor about subwoofers by opening up placement and flexibility options. Offering a zero-compression wireless connection that rivals that of a hard-wired audiophile-grade hookup, AirShip utilizes a 5.8GHz signal – a frequency previously reserved for military use by the U.S. military and NATO. Equally important, AirShop allows for subwoofers free from the tether of a cable, meaning you're no longer limited by the length of a wire. Place your subwoofers in distant corners, along glass walls, or on hardwood floors – the choice is yours with AirShip.

Expressly designed for the REL S/510 and S/812 models, AirShip also works with the company's G1 Mk II – as well as with high- or low-level and .1/LFE wireless connections for subwoofers from other manufacturers. What's more, AirShip sets up in mere seconds. Just plug both AirShip and your sub within a few seconds of each other, push a button, and Airship seeks out its mating receiver and pairs with it. And if you're using REL's S/510 or S/812 subs, AirShip merits simultaneous use of the 5.8GHz signal for both the high-level and .1/LFE connections – meaning you don't ever need to make any adjustments whether you're listening to music or watching a movie.

If you own an S/510 or S/812, or are looking at your subwoofer options, AirShip practically takes any concern out of your decision. High-end wireless subwoofer performance is now a reality. 100% Music Direct Satisfaction Guaranteed.

The Best of Both Worlds: Music and Home Theater
Airship permits simultaneous use of the new 5.8GHz connection for both high-level connection and the .1/LFE needed for high-quality theater. In this way, both two-channel music and multi-channel theater are simultaneously supported, meaning you can use your REL for any form of music or theater without further adjustments. The high-level input is designed to accept the stereo (two-channel) signals from the speaker terminals of your receiver, integrated amplifier, or power amplifier(s). This has the advantage of ensuring your subwoofer receives exactly the same signal as the main speakers, which means the character of the bass from the main system gets carried forward into the sub-bass system. Along with the extremely fast, natural-sounding filter circuits, Airship ensures you receive the benefits of REL's superior system integration. For top home-theater performance, the .1/LFE circuit is granted its own dedicated wireless channel, which allows for the largest, most dynamic special effects to be properly replicated in all their glory. AirShip delivers two channels in parallel, one for music and theater in high level (or low level, increasingly needed for active wireless speakers) and a second channel for .1/LFE in theater use. When both are used correctly, normal theater transforms because the cold, edgy sound most theaters deliver becomes rich and full-bodied. Dialogue and atmospheric effects take on new drama and realism because the full range of sounds are provided every moment of the movie by the high level, while the .1 channel delivers extra emphasis during the 15-20 minutes of a movie that this channel is active.

Pairing Made Simple
REL designed and engineered AirShip to deliver a simple, elegant pairing that operates as smoothly as it looks. Just plug both in within a few seconds of each other, push a button and the Airship seeks out its mating receiver and pairs with it. Standard time to pair is less than five seconds.

Freedom and Performance
For many, the ability to listen to the highest quality of audio in glorious full-range sound while placing their RELs perfectly for sound quality and best appearance has been a dream beyond their reach. AirShip finally allows the final barriers between performance, placement, and attractive room design to be replaced by a newfound freedom.