Equipment Amplification Power Amp
Price Now $1,999.00
Was $2,995.00
Was
Save $996.00 (33%)
Questions and Answers
Condition: Open Box
Availability: In Stock
This item is in stock and ready to ship. Depending on the time of day when you place your order, it will ship same day or next business day. 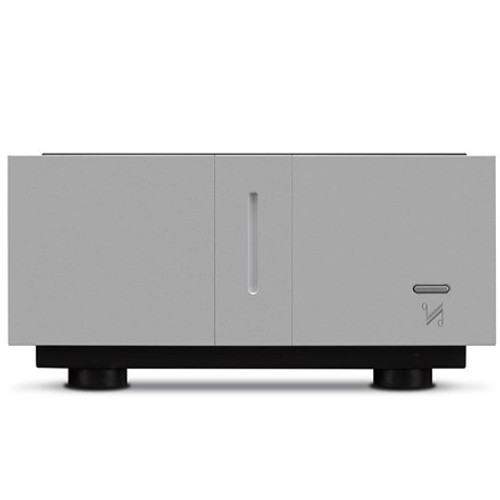 The team at Quad aimed for the stars—and achieved its goals—when designing and building the Artera Stereo Power Amplifier. From the transformer to the input terminals, each section of the Artera has been engineered from the ground up to ensure authoritative power, extreme musicality, and unshakable stability.

The Artera Stereo produces 140 Watts RMS per channel, delivering ample power for driving first-class loudspeakers, unfaltering even under high dynamic and transient conditions, thanks to the patented Current Dumping technology.

Furthermore, special attention was paid to the newly developed balanced XLR inputs. These robust connections are yet another string to the Artera Stereo's bow, alongside an amazing signal-to-noise ratio (115dB). It all adds up to a muscular power amplifier that can outperform the competition in its price class.

"The Quad Artera Stereo is a very fine amplifier, indeed, at a reasonable price. I would definitely put it on my short list in this power range.... I enjoyed my time with the Stereo, every minute of it."
—Robert E. Greene, The Absolute Sound

"[The] Artera Play CD player/DAC/preamp and the Artera Stereo power amp...are so beautifully designed that it's a love-at-first-sight situation; we're in love with the idea of them before we even get to know them.... They don't have to come as a pair, but they're quite obviously designed to, so much so that we can't see why you would consider buying one without the other."
—What Hi-Fi?

The history of UK company Quad is one of technical achievement in the field of sound reproduction. It is a story that began with the Quad 1 amplifier, which brought 15 years of experience in professional audio and industrial products to the task of making the most accurate domestic audio amplifier of its age. A few years later, in 1953, the product that set the standard for amplifiers was the Quad II Power Amplifier. It pioneered the principle of cathode coupling through the output transformer to reduce harmonic distortion to almost negligible levels. This legendary model remained in production for 18 years.

In 1956, Quad demonstrated the first true full-range electrostatic loudspeaker. This remarkable product (known later as the ESL 57) used a virtually mass-less plastic film as a moving diaphragm between two charged plates. Compared to moving-coil loudspeakers, the ESL 57 was free of unwanted colorations and distortions. This landmark product remained in production, basically unchanged, for 28 years.

In 1967, Quad introduced its first transistorized amplifiers, the 33 Control Unit and the 303 power amplifier. These amplifiers introduced a new Triples output stage that solved all the thermal instability problems that had plagued early transistor designs. Radical in both circuit design and appearance, the products were responsible for Quad winning a Design Council Award in 1969.

Amplifier performance took another step forward in 1975 with the arrival of the Quad 405 “Current Dumping” amplifier. This remarkable circuit topology remains one of the few truly original amplifier designs and has been featured in Quad products ever since. For this technology, Quad was awarded the Queen’s Award for Technological Achievement in 1978.

In 1981, Quad announced the ESL 63, a full-range electrostatic loudspeaker based upon two sets of concentric annular electrodes fed through sequential delay lines. This patented system produces a sound-pressure pattern identical to the theoretical ideal of a point source origin. Once again, a Quad electrostatic loudspeaker became the reference standard around the world.

The arrival of the game-changing 77 Series in 1994 introduced the concept of a fully integrated sound system operated with a two-way remote control system. The system boasted numerous groundbreaking types of circuit technology, as well as advanced software. Two years after the launch, Quad was presented with the European Amplifier of the Year award for the 77 Series Integrated Amplifier.

Then, in 1999, Quad launched the successor to the 77 series, the 99 series, and supplemented this with a range of moving-coil loudspeakers, the L series, and two new models of electrostatic design: the ESL 988 and ESL 989.

Quad has continued to win accolades in recent years. For example, the Quad Vena II was the recipient of a 2019 Best Amplifier Award from Hi-Fi World.

Quad has never indulged in “technical one-upmanship.” In Quad products, the technology has always been there for a specific purpose related to sonic performance: That philosophy has remained constant over the decades and continues to guide the company’s design approach.