Equipment Amplification Receiver
Price Now $2,250.00
Was $6,000.00
Was
Save $3750.00 (63%)
Questions and Answers
Condition: B-Stock
Availability: In Stock
This item is in stock and ready to ship. Depending on the time of day when you place your order, it will ship same day or next business day. 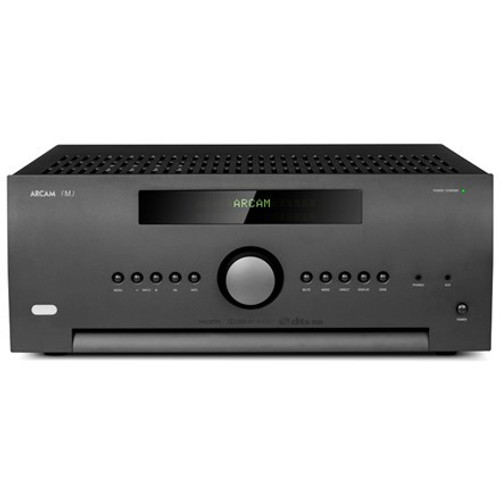 The U.K.-designed Arcam AVR850 will dismiss any conventional notions you may have about surround receivers. While most components in the field overlook sonics in favor of bright displays or superfluous functions, AVR850 remains focused on sound quality – whether you're listening to stereo, Dolby Atmos or DTS:X surround, radio, or your favorite television show. A Cirrus CS42568 DAC, Class G amplification, and powerful 200Wpc output (into four ohms) attest to the 37-pound home-theater hub's sonic prowess. As does onboard Dirac Live, which allows you to fine-tune your system's acoustic performance to match your room settings. Built-in HDMI2.0a with HDCP2.2 4K Ultra HD support, seven HDMI inputs, three HDMI outputs, ARC, and both app and Ethernet control tell you AVR850 is ready for the present – and the future.100% Music Direct Guaranteed.

"The Arcam AVR850 stands out as one of the best-sounding receivers that I have ever had in my system."
– Jim Clements, HomeTheaterHiFi.com

"To sum up, if you need a Dolby Atmos/DTS:X AV receiver, and you want the best around, this is most probably it. Arcam has made a smart move teaming up with Dirac instead of less-potent EQ systems; and with its stunning Class G power amps, Arcam's sonic know-how and future-proofed HDMI stage, this is a scintillating home cinema upgrade."
– Jon Thompson, Home Cinema Choice

What Is Class G Amplification?
Class G uses Class A technology exclusively for low-level signals and an additional power supply for larger sections of the audio waveform, an engineering solution that eliminating crossover distortion (caused by Class A/B) and any potential power shortages during extreme swings (suffered by Class A).

Not Your Everyday Receiver: Stunning Sonics and Surround Capabilities
Offering a level of sound quality far above competing receivers, AVR850 is an audiophile product by any measure. Equally at home with high-resolution surround sound or two-channel music, it delivers stunning realism with everything from heavy-weight blockbusters to your concert videos. Together with Arcam's legendary amplifier technology, Dolby Atmos and DTS:X deliver captivating sound that places and moves audio anywhere in the room, including overhead, to bring entertainment alive all around the audience. (Note: For a 7.1.4 system, an additional four-channel amplifier (or two two-channel power amplifiers) is required.) Further enhancing the performance, Dirac Live gives you the ability to tune the acoustic performance of your system to any room situation for the best possible experience in your own home.

Ready for the Present and Future, Connects to Servers and Internet Radio
Both video and audio stages are designed to embrace both current and upcoming technologies. HDMI2.0a with HDCP2.2 4K Ultra HD and 3D video capability are come standard. An internal tuner provides a fully integrated FM/DAB/DAB+ (in appropriate markets) radio solution. Worldwide access to Internet radio stations is provided through the network connection, which interfaces to UPnP audio servers. The USB port supports memory devices. Control is possible via Ethernet, enabling AVR850 to be fully integrated with whole-house control systems or via the iOS MusicLife UPnP/control app. RS232, 12V triggers, and standard IR control are also included.