Equipment Disc Player
Price Now $1,320.00
Was
Was
Save $0.00 (0%)
Questions and Answers
Availability: In Stock
This item is in stock and ready to ship. Depending on the time of day when you place your order, it will ship same day or next business day. 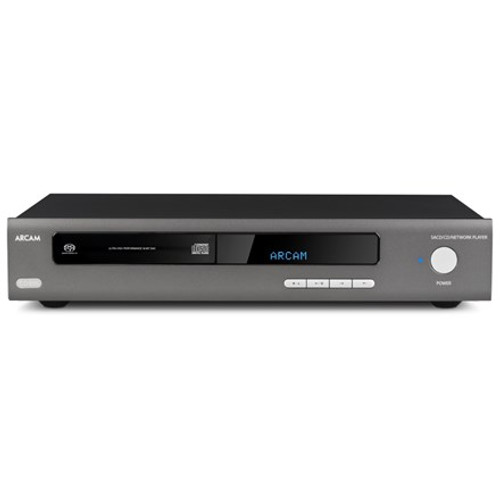 Arcam leverages nearly four decades of research and engineering in CDS50, the most advanced all-in-one SACD/CD player and network-streaming player in the company's history. Its rapturous performance revolves around a tremendous-sounding 32-bit DAC and extends to ultra-low-noise operation that produces music with finite clarity. An onboard USB input and support for wireless streaming from TIDAL, Qobuz, Internet radio, and more combine with stunning SACD and CD playback to round all digital bases with grand-slam excitement. Factor in a nearly invisible THD rating that tells you all you need to know about CDS50's purity, as well as controllability from your smart device, and this player is golden. We cannot overemphasize how much clearer, open, and revealing your discs will sound with CDS50. Arcam has prided itself on CD reproduction since the format's introduction, and CDS50 serves as evidence of such obsession.

Engineered to the nth degree, the keys to CDS50’s staggering performance relates to what resides inside. Hand-selected parts, pure signal paths, and a vibration-resistant loading tray and chassis all translate into its best-in-class set of measured specs. You’ll also immediately notice a set of balanced analog outputs, further attesting to the unit’s sonically focused mindset. Indeed, everything about CDS50 works in concert to deliver the wealth of detail, texture, dynamics, and transparency contained on your discs—but concealed by lesser players—with extreme realism and accuracy. In the same way there are musician's musicians, this is an audiophile's audiophile component.

That said, if you want bells and whistles, please look elsewhere. But if you simply desire playback experiences that allow you to retreat into the soundscapes, atmospheres, and emotions of your favorite albums and songs, CDS50 is for you. 100% Music Direct Guaranteed.

"[The] music sounds big and warm, as [does just] about anything you play through the CDS50, so few listeners will have much to complain about, especially given the value for [the] money, quality of finish and flexibility on offer here."
– James Parker, Hi-Fi News