Equipment Phono Cartridges
Price Now $349.00
Was $455.00
Was
Save $106.00 (23%)
Questions and Answers
Condition: Open Box
Availability: In Stock
This item is in stock and ready to ship. Depending on the time of day when you place your order, it will ship same day or next business day. 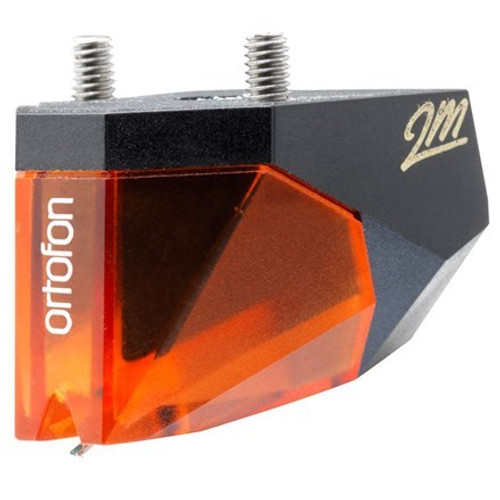 Please note: Ortofon Verso MM cartridges are EXCLUSIVELY designed for listeners using vintage Thorens tonearms and turntables. They feature a bottom-style mount to accommodate older Thorens arms requiring such a design. If you own any other turntable, purchase the regular Ortofon 2M Series.

The Ortofon 2M Bronze features a nude Fine-Line stylus, polished to the highest standards. The slimmer profile of this stylus will track even the highest frequency modulations, making this cartridge better suited for extremely demanding material. Surface noise is kept to a minimum due the stylus profile. Distortion and record wear are substantially reduced. The Bronze is serious bargain at this price.

The 2M series was developed in conjunction with Danish designer Møller Jensen Design – the same designer who designed the award winning MC Jubilee and very successful Kontrapunkt series. Inspired by the facets of a diamond, whose contours gracefully trace the grooves on a record's surface, the 2M's handsome elegance establishes a great combination of form and functionality.

Mounting Instructions
Verso cartridges mount to Thorens arms that require mounting from below. Simply pull off the Verso 2M stylus (the colored part of the cartridge) to expose the main cartridge chassis. You’ll then see studs that you will screw into the headshell. Once the cartridge is mounted on the headshell, the stylus slides back in and the cartridge is ready to go.