Equipment Phono Cartridges
Price Now $700.00
Was
Was
Save $0.00 (0%)
Questions and Answers
Availability: In Stock
This item is in stock and ready to ship. Depending on the time of day when you place your order, it will ship same day or next business day. 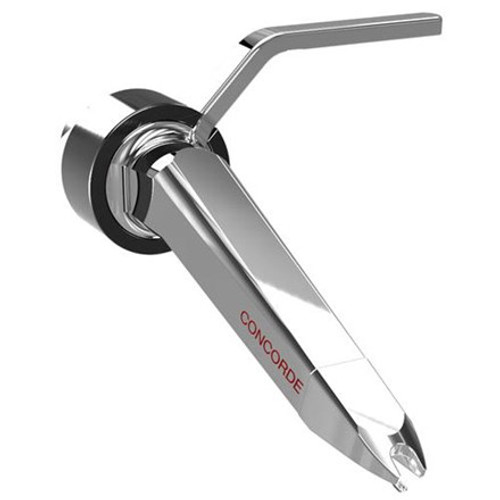 Is it a bird? Is it a plane? No. It's the Ortofon Concorde Century MM phono cartridge, an utterly distinctive and super-cool-looking analog instrument whose original incarnation dates back four decades and resulted in designer Jan Tragardh receiving the Danish Industrial Design Award for his work on the low-mass cartridge. While the model remains eminently popular among DJs, years of evolution and remodeling have led to Concorde Century, a particularly robust tracker that stays in the LP groove no matter the demands.

Limited to 1,000 pieces worldwide, Concorde Century employs silver-plated copper wire and a nude fine-line diamond stylus to complement its large footprint. Sonically, Concorde Century delivers full, cohesive, and detailed performance marked by exquisite depth and clarity. An all-rounder with any type of music, it also mounts easily and directly on S-shaped tonearms with a universal/SME connector. With the flashy Concorde Century in your analog chain, your vinyl LP collection will take flight and soar to new heights.

"[This cartridge] is something really special. Its fine-line stylus and high compliance make this so much more than a fashion statement. With its roots in the OM 40 Super, many say that it's the best MM from Ortofon."
—TONE