Equipment Power Conditioner
Price Now $3,495.00
Was $4,974.95
Was
Save $1479.95 (30%)
Questions and Answers
Condition: Open Box
Availability: In Stock
This item is in stock and ready to ship. Depending on the time of day when you place your order, it will ship same day or next business day. 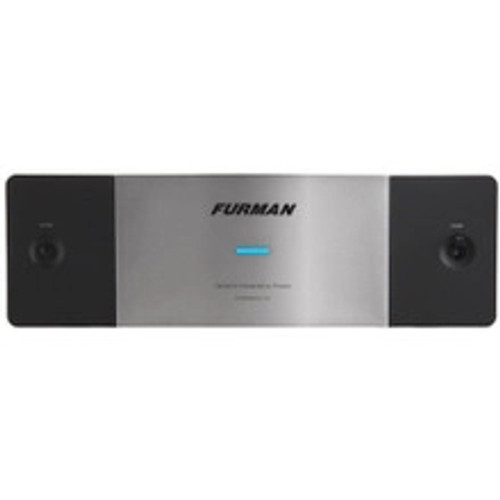 One listen to your gear with the Furman IT-Reference 20i will shatter your illusions about audiophile power conditioning. The 83-pound Reference 20i is a statement product, offering the best implementation of every Furman technology: Power Factor Correction, Discrete Symmetrical Power and LiFT, a very high bandwidth linear noise filtration with non-sacrificial surge and spike protection. Individually, these three technologies are formidable weapons to fight power line contamination. Combined, your audio and video gear will surpass your wildest expectations because each component in your system is getting all the clean power it needs, with no cross-contamination. Both audio and video detail are unmasked, non-musical artifacts are removed, improving the punch and dynamics of your system – even compared to running all components straight into the wall!

"I think the main thing I should point out is that with the Furman Reference IT-Reference 20i in my stereo system, I wanted to listen to more music: both CD’s and vinyl. With vinyl, I couldn’t get enough...When the Furman was in my home theater system, I wanted to watch more TV, more movies and more music DVD’s. ‘More TV’ has an evil ring to it, I know, so I leave it to you whether enhancing your home theater system is something you want to do but if you do, the IT-Reference 20i is a great way to do it."
-- Rick Schmidt, Secrets of Home Theater and High Fidelity, April 2009

Power Factor Correction is an amazing tool for correcting voltage sags. It stiffens the AC line against instantaneous demands, allowing the attached components to pull the power they require without affecting other components on the line. The best example of this is a power amplifier plugged into the same circuit as delicate source components.

Audiophile lore states you should never plug a large power amplifier into the same circuit as your source components. This is because power amplifiers draw large amounts of current instantaneously from the line, creating voltage drops, which can affect the sonic character of much-lower draw components, such as sources or preamps. However, with the IT-Ref 20i this is no longer an issue. Power Factor Correction supplies gobs of instantaneous power to feed hungry circuits without allowing the other attached components to starve.

If necessary, the IT-Reference 20i can deliver enormous amounts of current, up to several times the amount of available current from the wall outlet, instantly! Power Factor Correction removes the bottleneck between the wall and the amplifier, meaning the amplifier can do whatever it likes without affecting the other components. This greatly improves tonal balance, imaging, and overall dynamic range for every connected component, not just the amplifier. So, plug your amplifiers into the IT-Reference 20i and take advantage of its superior AC conditioning without any worry.

The best thing about Power Factor Correction is that it improves the performance of any attached component. Regardless of whether there's an amplifier plugged into the IT-Reference 20i or not, smaller-draw components will benefit just as much.

Discrete Symmetrical Power is Furman's version of balanced power, which is an excellent way of reducing or even eliminating common mode noise. Most balanced power conditioners use small or inexpensive transformers that can limit current or restrict the draw for a larger amplifier. The IT-Reference 20i is a bit different because Furman uses an audiophile-grade Plitron Low-Noise transformer with separate windings for each bank of outlet; the IT-Reference 20i is built more like a reference-quality power amplifier than a power conditioner.

The IT-Reference 20i outlet banks are each electrically isolated and noise filtered, allowing analog and digital or video components to be isolated from each other.  Both sections are protected from the instantaneous current demands of even mammoth amplifiers.

Like all Music Direct products, the Furman IT-Reference 20i Power Conditioner comes with the 100% Music Direct Satisfaction Guarantee.