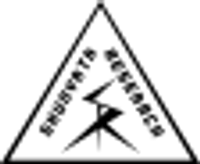 Equipment Power Conditioner
Price Now $1,499.00
Was $5,995.00
Was
Save $4496.00 (75%)
Questions and Answers
Condition: Open Box
Availability: In Stock
This item is in stock and ready to ship. Depending on the time of day when you place your order, it will ship same day or next business day. 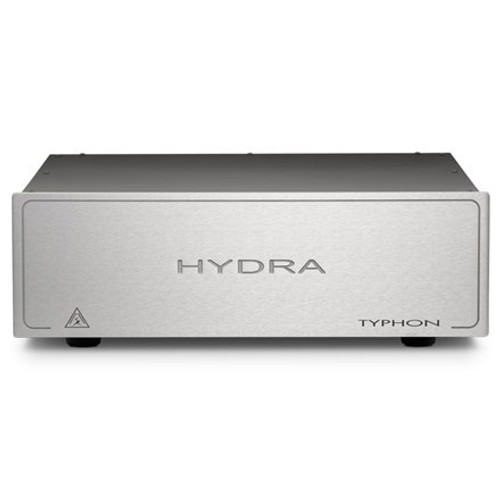 A two-time winner of The Absolute Sound's Editors' Choice Award, the Typhon power distributor is very different from any product Shunyata has ever released. Typhon is designed specifically to mate with Shunyata's Triton reference power conditioner, creating a Reference Power Conditioning Suite. Typhon operates in parallel with the Triton's already formidable noise reduction capabilities, allowing the system to finally deliver every nuance, every breath, and every inch of stage in a recording. Typhon is intended as a "finishing" product, one which places the final touch on a high end system, converting it from fantastic to truly sublime.

"No other device that I know of achieves what the Hydra stack does – its effect will not come from changing amplification or speakers or sources or regenerating AC or simply blocking noise at the wall. The Triton offers surge and noise suppression while delivering instantaneous power to components when they need it, and the Typhon serves as its distortion-reduction force-multiplier. Together they are state of the art."
– Tim Aucremann, The Audio Beat

A Typhon connected to a Triton delivers staggering levels of resolution allowing the system to finally recreate the full size and scale of any recording. The Triton alone gives voices flesh and body, instruments are placed within their proper context, dynamic range is unleashed and noise is reduced to vanishingly low levels. Adding a Typhon improves on every aspect, opening up the soundstage, squaring out the corners of the hall and recreating the sense of having been present at the original recording session. Voices are no longer mere recorded events, but real flesh and blood artists standing before a microphone, pouring their souls into every song. Subtle inflections and background color previously obscured are now fully in evidence, just as they would have been on-stage or in the studio.

For years, we'd been hearing rumblings of a new type of power conditioner from Shunyata; a revolutionary new design that would put all other efforts to shame. The size of a refrigerator and extremely expensive we were interested but a bit skeptical. In 2009, we got to hear a single piece of this new concept, the then-unnamed Noise Isolation Chamber tubes; we were absolutely floored by how much of an improvement just plugging these into the wall made. As development progressed though, it soon became apparent that the size and weight of this new conditioner would be completely impractical. Designer Caelin Gabriel realized that a simple solution existed: split the conditioner into two parts and ensure they could be linked together. The first part, the Triton, was released in 2011 to massive critical acclaim and huge commercial success. The second part, released in 2012, is the Typhon. By linking the two, a truly reference power conditioner is born and completes the original concept of the single massive conditioner.

The Typhon incorporates two massive NICs. First implemented in Shunyata's Triton reference power conditioner, NICs are metal chambers packed with Shunyata's patented ZrCa-2000 compound which absorbs and dissipates high-frequency noise. The Typhon's NICs are three times larger than the massive ones used in the Triton, filling up the entire space within the Typhon's chassis and accounting for most of the Typhon's 43Lb weight. This enormous increase in noise reducing compound means that when combined with a Triton, the system reveals spatial and low-level information that no other product or combination of products can equal.

Most Triton power conditioners have a Typhon port on the rear; the original intention was for the Typhon to use this connection. After extensive testing and listening, Shunyata has determined that plugging the Typhon into one of the AC outlets on the Triton is a far superior connection. Connecting the Typhon in this way creates a direct connection to the buss bar system and is by far the most sonically effective way to connect the Typhon. Although the Typhon port may certainly be used, Shunyata no longer feels this is the highest quality pathway.

Included in the price of the Typhon, the Alpha HC Umbilical Cable is designed specifically optimized for the connection between Typhon and Triton. A massive 7Ga cord, the Alpha HC features design elements and geometry drawn from various other Shunyata cords. The Alpha HC is only available in a 1.0m length, because the signal shared between the two units is quite low in amplitude, so the short cable length is actually critical to performance.

The Typhon is purpose built and designed for exclusive use with Shunyata's Triton. Even so, we are frequently asked whether the Typhon will work with a Talos, a Hydra V-Ray, or some other older Hydra. Upgrading to a Triton first is a much better choice and will yield far greater results than adding a Typhon to a Talos or an older model Hydra. Please give us a call if you are interested in trading in your Talos or older Hydra towards a Triton.

How to Evaluate a Typhon

The Typhon acts in parallel and is essentially a passive device, which means Typhon's massive Noise Isolation Chambers gradually increase their effect over time. Plugging and unplugging the Typhon and expecting to hear a difference simply doesn't work. After unboxing and placement, the Typhon may take up to 5 days to "settle in", although the effect of adding a Typhon may be noticed within the first hour. The best way we've found to evaluate a Typhon is to leave it plugged in for an extended period of time and then unplug it. Once the NICs have "charged" the effect of removing them from the system is palpable and usually leads to rapid reconnection of the Typhon and a swift departure from behind the rack.