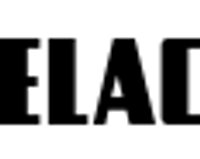 Equipment Speakers
Price Now $1,350.00
Was $2,699.98
Was
Save $1349.98 (50%)
Questions and Answers
Condition: Scratch & Dent
Availability: In Stock
This item is in stock and ready to ship. Depending on the time of day when you place your order, it will ship same day or next business day. 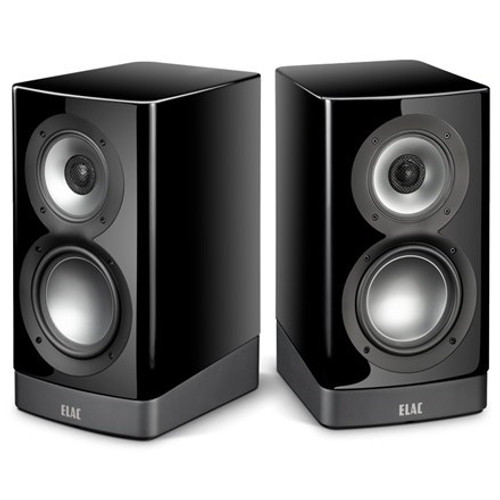 The Absolute Sound Product of the Year and 2019-2020 EISA Award-winning ELAC Navis ARB-51 is unlike any powered bookshelf loudspeaker you have ever seen – or heard. Determined to give each 35.7-pound unit Gold's Gym-like power and muscle, ELAC engineers equipped each driver with its own dedicated analog amplifier. That's correct: Navis ARB-51 leaves Class D digital designs for the competition and goes its own route with a total of 300 watts of pure analog fuel, resulting in playback distinguished by staggering impact, clarity, and fullness. Navis ARB-51 also seamlessly works with the optional ELAC Discovery Connect wireless transmitter, which turns the speaker into a wireless model that streams content from Discovery, Bluetooth, AirPlay, Roon, Spotify Connect, and more.

Designed from the ground up, Navis ARB-51 offers sublime midrange and high-frequency performance complemented by truly deep, taut bass. The secrets behind its success owe to an in-house-developed four-inch aluminum midrange with a concentrically mounted one-inch soft-dome tweeter to supply oodles of insightful detail, transparency, and responsiveness. The best-in-class combination is complemented by an in-house-developed 5.25-inch aluminum-cone woofer that serves up head-turning amounts of slam, punch, and low-end oomph. Navis ARB-51 is one of the most fun – yet audiophile-minded – bookshelf speakers to hit the market in decades.

In addition to claiming mind-boggling specs (a 110dBA signal-to-noise ratio and incredibly low noise floor), Navis ARB-51 also gives you connectivity options in the form of balanced XLR, unbalanced RCA, and AirX Wireless inputs. When you only desire no-compromise analog performance, just switch the Wireless option to "off" and you're off and running. ELAC's furniture-finish enclosure and elegant architecture further ensure Navis ARB-51 will put a smile on your face every time you see – and hear it. 100% Music Direct Guaranteed.

"I couldn't have been more impressed with the electrifying performance and value of the ELAC Navis ARB-51. It's one of the rare small compacts that you don't have to scale back expectations to enjoy."
—Neil Gader, The Absolute Sound, Editors' Choice and Product of the Year Awards

"Elac's initial foray into the active- loudspeaker arena brings with it a lot of advantages: size, simplicity, value, and, most important, all-around sonic excellence. In particular, the ARB-51's driver-EQ flexibility means you can place the speakers either close to a wall—within a foot or so—or well out in the room and hear similar results."
—Daniel Kumin, Sound & Vision

"There's so much to admire about Elac's Navis ARB-51—their neutrality, their warmth, their expressiveness, and, of course, their incredible value for money. For two pennies under $2000, you get a superb three-way, stand-mounted speaker, and amplifiers matched to the individual drivers and with a total output of 300Wpc."
—Gordon Brockhouse, Soundstage!

Traditionally, audiophiles have rejected the idea of powered speakers. They like choice and anything that restricts such freedoms is generally rejected. Active speakers limit choice in that they have built-in amplification, and any upgrade path proves more limited and difficult. Of late, however, there's been an awakening interest in simple solutions for audiophiles who eschew the complexity and expense of multiple components needing to be connected together. It led ELAC to create the Navis Series.

Led by Andrew Jones, the company first realized that an approach that incorporates almost everything into the speaker – a DAC, a preamp, a DSP, and power amplifiers – not only limits listeners' choices, it also caps the performance level to the date of acquisition. The system can never ever sound better than when it was bought. It also means that when using analog sources, such as a turntable, the source gets internally digitized, going first through an ADC and then a DAC. A further consideration was that of wireless connectivity. Some wireless speakers still require a wired connection between speakers to maintain left channel to right channel synchronization. Call such a need faux wireless.

After due consideration, ELAC chose a path that lies partly in both domains: That of the traditional audiophile and the more minimalist listener. Navis uses variants of Class AB power amplifiers: BASH amplification for bass and mid, and pure Class AB for the tweeter. This is preceded by analog line-level active filters to keep the whole signal path in the analog domain. While DSP filters are very versatile and powerful, the capability they have is not so necessary if the drivers are carefully designed to allow for the use of the analog filters.

Navis Series drivers comprise a dedicated aluminum-cone bass driver optimized for a frequency range from the mid-40s up to the 270Hz crossover point, combined with a concentric driver consisting of a four-inch aluminum-coned midrange and wide-range soft-dome tweeter. Inputs are balanced (XLR), unbalanced (RCA), and wireless, the latter using ELAC's AIRX2 wireless transmission system. When selecting the analog inputs, the wireless receiver is turned off so no interference can occur. When on, the wireless transmitter system broadcasts a synchronized signal to the left and right channels, along with a L+R subwoofer channel. On the back panel, users can find switches to adjust bass, mid, and treble level to help match to the room acoustics; an adjustable high-pass filter setting for matching to a subwoofer; and switchable gain to match to the source equipment.

ELAC's approach allows the listener to have a system that not only sounds great due to the analog active approach, but also forms part of an upgradeable system that can sound better as the source equipment gets upgraded. At the same time, via wireless, the system remains free from the need to run wires, and due to the robustness of the wireless communication, can be located at some distance from the transmitter and maintain stable connectivity.