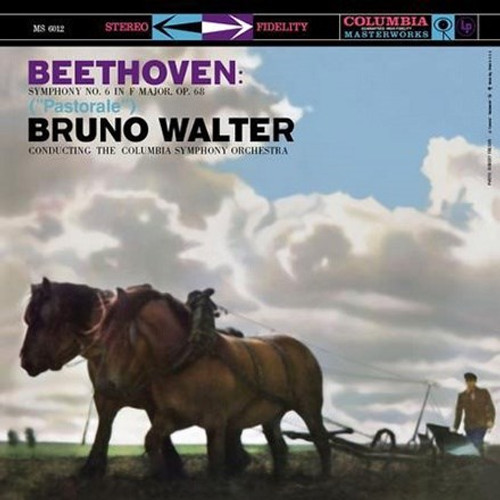 Be alerted when Bruno Walter - Beethoven - Symphony No. 6 in F Major, Op. 68 ("Pastorale") (Hybrid SACD) is back in stock

Mastered from the Original Tapes by Ryan Smith at Sterling Sound

Bruno Walter helped shape the very essence of interpretive style among conductors. Walter's rendition of Beethoven's Sixth Symphony is perhaps the greatest ever recorded – his reading of the score comes off sounding like a piece of literature or poetry, but that is a great thing and perfectly blends with the music to create a benchmark recording. And here, once again, Analogue Productions has taken a classic and shaped it to make the premier reissue of this famed production.

Written in 1808, Beethoven's Symphony No. 6 in F Major, Op. 68 ("Pastoral"), is deemed one of the most influential by the famed composer. Unlike the vast majority of assumed names by which his works have become known, Beethoven directed from the very outset that his Sixth Symphony be titled "Pastoral Symphony," or a recollection of country life. It was a musical approach to the forces of nature that inspired Beethoven.

Walter's late life was marked by stereo recordings with the Columbia Symphony Orchestra, an ensemble of professional musicians assembled by Columbia Records for many sessions, including this one. Originally released in 1958, this recording still sounds fresh, with a broad soundstage, persuasive depth, and a remarkable sense of "air" and presence. Due to Walter's vibrant, fluid interpretation, taking into account both variable tempi and heightened accents, the result is one of the most passionate, awe-inspiring recorded versions of the Sixth Symphony ever produced!

Features:
• Hybrid SACD from Analogue Productions
• Mastered from the original tapes by Ryan Smith at Sterling Sound
• Compatible with both SACD and CD players
• Also available on 200g vinyl