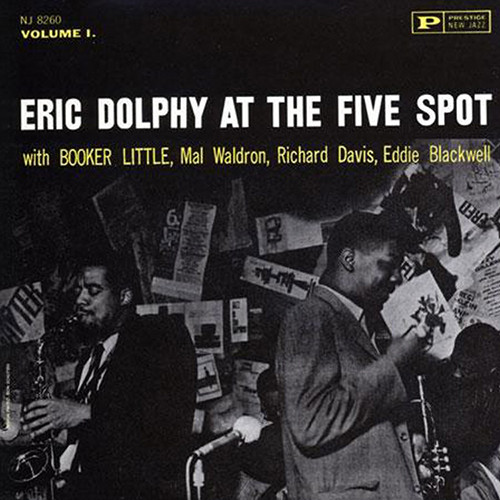 When Rudy Van Gelder took his portable equipment down to the fabled Five Spot Cafe in New York City on July 16, 1961, he had no idea he was about to document music history in the making. Capturing the short-lived but extraordinary quintet of Eric Dolphy, Booker Little, Mal Waldron, Richard Davis and Ed Blackwell during a one-time, two-week engagement, the live material he was fortunate enough to collect that legendary evening produced enough material for not one, not two, but three albums.

Volume 1 finds the group provocatively interpreting the three originals "Fire Waltz" (Waldon), "Bee Vamp" (Little) and "The Prophet" (Dolphy), with both Dolphy and Little turning in bold and innovative performances throughout. Considering the fact Little passed only a few months removed from the date and Dolphy just three years later, makes its significance and strength of the material captured that much more rare and that much more special!

Part of the ultimate audiophile Prestige stereo reissue series from Analogue Productions featuring 25 of the most collectible, rarest, most audiophile-sounding Rudy Van Gelder recordings ever made! All titles will be mastered from the original analog master tapes by Kevin Gray and will be issued on both Hybrid SACD and 200g LP.