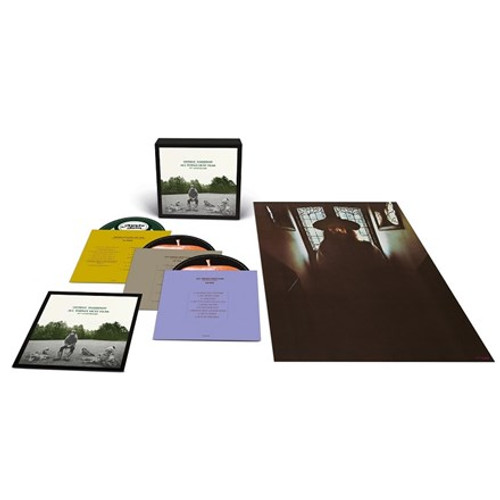 Be alerted when George Harrison - All Things Must Pass: Deluxe (3CD Box Set) * * * is back in stock

George Harrison's indelible 1970 triple album All Things Must Pass has been completely remixed from the original tapes, to be released by Capitol/UMe in August 2021 in suite of 50th anniversary reissues that fulfill Harrison's longtime desire for the record. The new editions have been executive produced by George's son Dhani Harrison, product produced by David Zonshine and mixed by triple Grammy-winning engineer Paul Hicks (The Beatles, The Rolling Stones, John Lennon). The new mix gives the record a brighter, fuller and better sound than ever before. This Deluxe 3CD box set contains the all-new remixed main album, originally produced by Harrison and Phil Spector, followed by a bonus disc containing 17 demo recordings, session outtakes and studio jams. Housed in a square box with a scaled down version of the original poster, it includes a 20-page booklet with photos, introduction, and notes from Dhani and Paul on remixing the album.