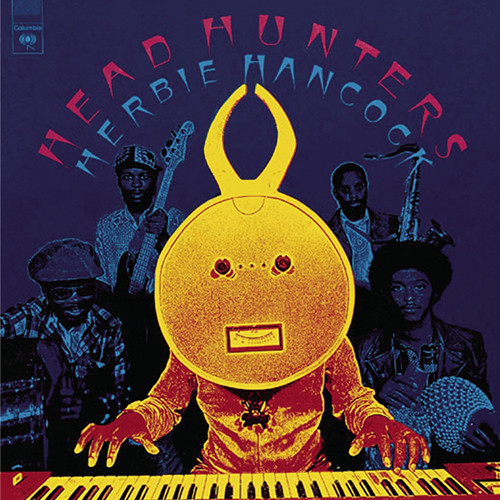 Herbie Hancock is a true icon of modern music. Throughout his explorations, he has transcended limitations and genres while maintaining his unmistakable voice. There are few artists in the music industry who have had more influence on acoustic and electronic jazz and R&B than Hancock. Herbie was originally discovered by trumpeter Donald Byrd in 1960. After two years of session work with Byrd as well as Phil Woods and Oliver Nelson, he signed with Blue Note as a solo artist. His 1963 debut album, Takin’ Off was an immediate success, producing the hit “Watermelon Man.”
In 1963, Miles Davis invited Herbie to join the Miles Davis Quintet. During his five years with Davis, Herbie recorded many classics with the jazz legend including ESP, Nefertiti and Sorcerer and later on made appearances on Davis' groundbreaking In A Silent Way and Bitches Brew. Herbie's own solo career blossomed on Blue Note, with classic albums including Maiden Voyage, Empyrean Isles and Speak Like a Child. He also composed the score to Michelangelo Antonioni's 1966 film Blow Up, which led to a successful career in feature film and television music.
After leaving Davis' fold, Herbie put together a new band called The Headhunters and, in 1973, recorded the genre-bending classic Head Hunters. With its crossover hit single "Chameleon," and standout cut "Watermelon Man," it became the first jazz album to go platinum and remains one of the best-selling jazz/fusion records of all time. His groundbreaking work during this period also inspired and provided samples for generations of hip-hop and dance music artists that followed. By mid-decade, Herbie was playing for stadium-sized crowds all over the world!
Musicians:
Herbie Hancock (electric piano, clavinet, synthesizer)
Bennie Maupin (soprano saxophone, tenor saxophone, saxello, bass clarinet, alto flute)
Paul Jackson (electric bass, marimbula)
Bill Summers (congas, shekere, balafon, agogo, cabasa, hindewhu, tambourine, log drum, surdo, gankogui)
Harvey Mason (drums)
Features:
• Hybrid SACD from Analogue Productions
• Mastered at Sterling Sound by Ryan Smith
• Compatible with all CD players
• Also available on 200g vinyl LP
1. Chameleon
2. Watermelon Man
3. Sly
4. Vein Melter
Customers Also Bought