Price Now $120.00
Was
Was
Save $0.00 (0%)
This product is not eligible for further discounts.
Questions and Answers
Availability: In Stock
This item is in stock and ready to ship. Depending on the time of day when you place your order, it will ship same day or next business day. 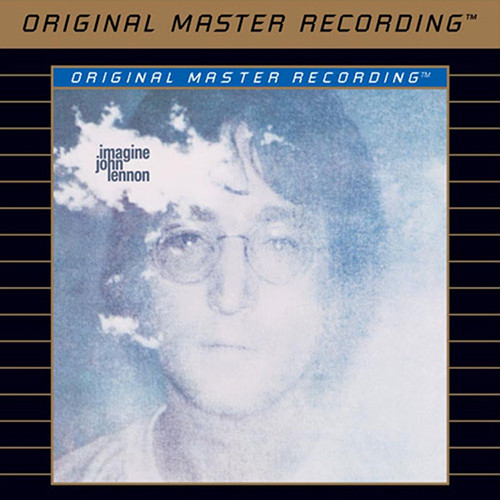 Now Out of Print: Don't Say We Didn't Warn You

Lennon's 1971 Record His Most Popular and Embraceable Effort

After the sonic primal scream therapy that was 1970's eviscerating Plastic Ono Band, John Lennon turned over a softer leaf for his sophomore record and, in the process, gave birth to one of the most beloved title tracks in history. Featuring assistance from Beatles mate George Harrison and production by Phil Spector, Lennon’s Imagine remains the singer-songwriter’s most popular studio album, an effort that balances the edginess with delectable pop melodies and irresistible hooks.

Ranked as the 76th best record in history by Rolling Stone, the 1971 affair contains one classic tune after another: the enduring title song, the gentle piano standard “Jealous Guy,” demanding “Gime Some Truth,” fire-across-the-bows at Paul McCartney salvo “How Do You Sleep?,” and giddy devotional ode “Oh Yoko!” among them. Of course, for all of the sweetness, Lennon didn’t bury the pointed commentary. Admitting that he realized that he had to “put your political message across with a little honey,” Lennon succeeded in making a statement for peace and love that’s known the world over. The chart-topping album cemented his status as the leading solo Beatle, and captured the consciousness of a society looking for a conscientious voice.

No surprise, then, that Lennon’s internationally recognized anthem became the song of America after the 9/11 terrorist attacks. Akin to the tune, the record is filled with compassion, sanity, hope, reality, and romance. It remains as essential as any Beatles album, and is forever identified with Lennon’s lasting legacy. Tastefully ornamented with string arrangements that are countered by bitter rock numbers, Imagine is quintessential, a perfect symbiosis of rock and pop, introspection and observation.

Mobile Fidelity’s 24K CD bests all previous digital versions and presents the record’s tuneful bass lines, sweeping midrange, and Lennon’s distinguished timbre with unprecedented clarity and detail. No music fan should be without this.

But don’t say we didn’t warn you: Now out of print, we have the final remaining copies of this masterpiece. THIS WILL NOT BE PRESSED AGAIN. Secure your copy—and guarantee yourself against paying inflated Ebay prices—by ordering from Music Direct now!


Imagine
Crippled Inside
Jealous Guy
It's So Hard
I Don't Wanna Be A Solider Mama
GImme Some Truth
Oh My Love
How Do You Sleep?
How?
Oh Yoko!