Price Now $79.99
Was
Was
Save $0.00 (0%)
Questions and Answers
Availability: In Stock
This item is in stock and ready to ship. Depending on the time of day when you place your order, it will ship same day or next business day. 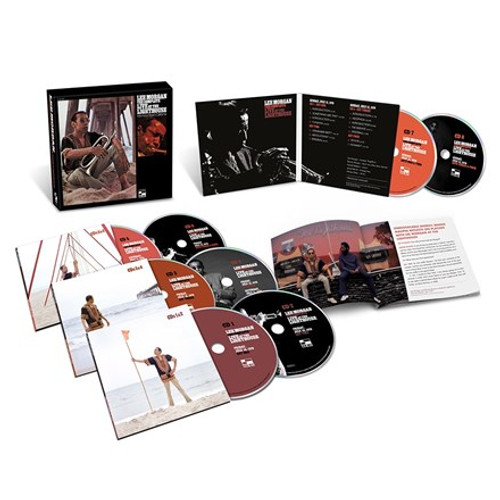 The Complete Live at the Lighthouse is an expansive collection that presents for the very first time all 12 sets of music the legendary trumpeter Lee Morgan's quintet with saxophonist Bennie Maupin, pianist Harold Mabern, bassist Jymie Merritt, and drummer Mickey Roker recorded during their historic engagement at The Lighthouse in Hermosa Beach, California from July 10-12, 1970.

Originally released in 1971 as a 2-LP set and later expanded to a 3-CD set in 1996, this definitive edition produced by Zev Feldman and David Weiss comes on eight CDs encompassing 33 performances including more than 4 hours of previously unreleased music that lets the listener relive the experience of being in the club for every exhilarating moment.

The set is accompanied by a beautiful booklet featuring new interviews with Maupin and the last extensive interview with Merritt before his passing in 2020; essays by Jeffery McMillan (author or Delightfulee: The Life and Music of Lee Morgan) and Michael Cuscuna; statements from Jack DeJohnette, Wallace Roney, Nicholas Payton, Charles Tolliver, Eddie Henderson, Dave Douglas, and others; previously unpublished photos by Joel Franklin and Lee Tanner; as well as a statement from Morgan's family.

"'Live at the Lighthouse' probably gives us the clearest picture of where Lee Morgan was headed and, as such, is a record of monumental importance," says Don Was, President of Blue Note Records.

"In a sense, it is holy music," adds Merritt. "And that was the thing I felt throughout the performances at The Lighthouse, this was totally uncompromised music in terms of the way it went down."