Los Lobos - By The Light Of The Moon (Numbered Hybrid SACD)

Price Now $50.00
Was
Was
Save $0.00 (0%)
This product is not eligible for further discounts.
Questions and Answers
Availability: In Stock
This item is in stock and ready to ship. Depending on the time of day when you place your order, it will ship same day or next business day. 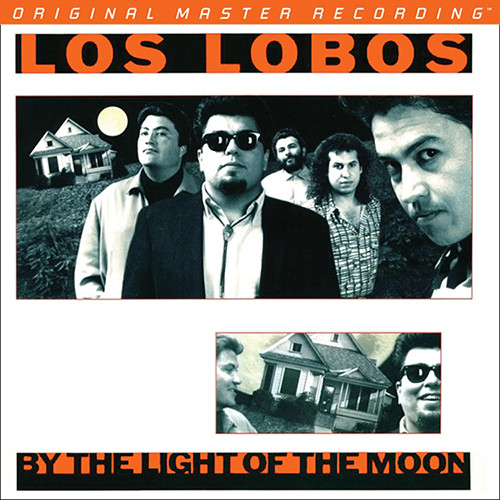 Los Lobos - By The Light Of The Moon (Numbered Hybrid SACD)

Los Lobos might have touted themselves as “just another band from East L.A.,” but it’s quite likely that even the group’s humble members recognized that few—if any—other artists in the late 1980s rivaled their soulful music, rousing performances, and eclectically blended arrangements. While lacking the commercial status of the quintet’s subsequent La Bamba release, By the Light of the Moon stands as the band’s most enjoyable excursion into American-hued soul and earnest roots rock. The music making is simply extraordinary.

Mastered from the original master tapes, Mobile Fidelity’s numbered-edition hybrid SACD brings these 11 songs to life. For the first time, T Bone Burnett’s stripped-back production functions as it should. Namely, Los Lobos sound as if they’re playing at a small, sweaty neighborhood joint late on a Sunday night for an audience of locals, friends, and family.

The group’s uncanny ability to switch between instruments and effortlessly play each as if it’s their innate right—listen to the seamless fashion in which electric and acoustic guitars, marimbas, organs, saxophones, harmonicas, and percussion create strikingly memorable soundscapes—comes to light amidst a warmer, airier, more organic and deep-black background. David Hidalgo’s sweet, honeysuckle timbre, he and Cesar Rosas’ overlapping tremolo guitars, and stacks of interwoven rhythms jump with vibrant electricity.

Shifting into storytelling mode, Los Lobos use By the Light of the Moon as an opportunity to meditate on everyday America and channel the fate of normal communities. Issues of faith, mortality, love, disillusionment, and melancholy inform narratives that are on the same socially conscious level as those of period-era Bruce Springsteen and John Mellencamp. As for the songs, they crackle, waltz, shuffle, dance, tremble, and kick. The band almost dares listeners not to care.