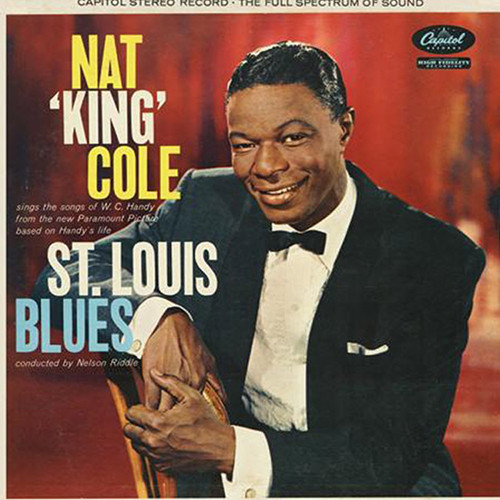 Be alerted when Nat King Cole - St. Louis Blues (Hybrid SACD) is back in stock

Casting early 20th Century works by "the Father of the Blues" with particularly smooth vocals by Nat King Cole and the resourceful orchestrations of Nelson Riddle resulted in this classic 1958 album, a worthy tribute to the W.C. Handy legacy.

Never before has this record sounded so rich, with every detail and nuance restored in a manner that places you in the recording studio with Cole. Mastered from the original three-track analog master tapes at Acoustech by Steve Hoffman and Kevin Gray for an unparalleled sonic experience. In addition, the SACD layer features the full overture restored in mono for the first time since 1960.

“This means you will be able to hear the real deal plus a surround and stereo mix of these legendary albums. By real deal I mean the close-miked mono creation, done live in Capitol Tower Studios A & B along with the "upstairs" control room creation, the stereo versions with a different set of microphones and parameters. This is very exciting to me. These mono versions have been out of print since the 1960's and we will use the original mono reels, mastered flat to DSD via the awesome Grimm A/DSD converter." - Steve Hoffman, describing the mastering process