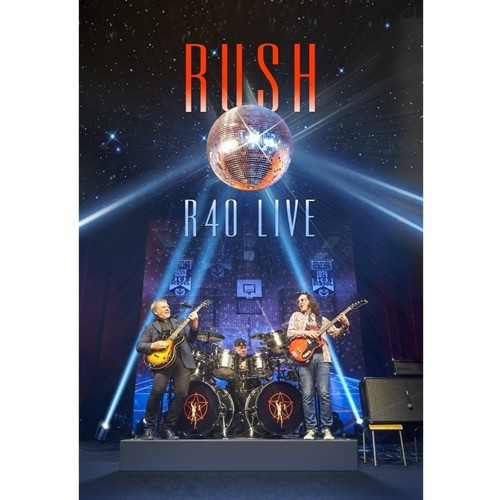 All roads have led to this. Forty-one years in the making, the R40 Live tour took a very real journey back through time. Beginning with the grand design: a state-of-the-art stage set that pivots, rolls and dives, and brings Clockwork Angels in to bombastic, colorful life before marching stridently back in time (through theatre stages, a panoply of band and fan shots, the accrued memories of a life spent playing live) to a mocked-up school gym and the band playing there; a solitary bass amp set on the chair behind Geddy Lee, a mirror ball spiraling crazily above, casting thin rods of light like a light rain across the crowd, "Working Man" coming to a shuddering halt as the band's beginning becomes their end.

Rush recorded and filmed R40 Live over two sold-out shows in the band's hometown of Toronto on June 17 and 19, 2015 in the middle of what was rumored to be their last grand-scale tour. The set list includes classics like "Tom Sawyer," "The Spirit of Radio" and "2112" as well as rarities " Xanadu," "Jacob's Ladder" and "Lakeside Park" not to mention for the first time ever live, "Losing It." R40 Live is the ultimate career-spanning live retrospective of Geddy Lee, Alex Lifeson and Neil Peart. A celebration of 40+ years of epic rock. Captured with 14 cameras in full HD quality, the historic concert is presented in true Dolby stereo and 5.1 surround sound here on blu-ray disc.