Price Now $279.99
Was
Was
Save $0.00 (0%)
Questions and Answers
Availability: In Stock
This item is in stock and ready to ship. Depending on the time of day when you place your order, it will ship same day or next business day. 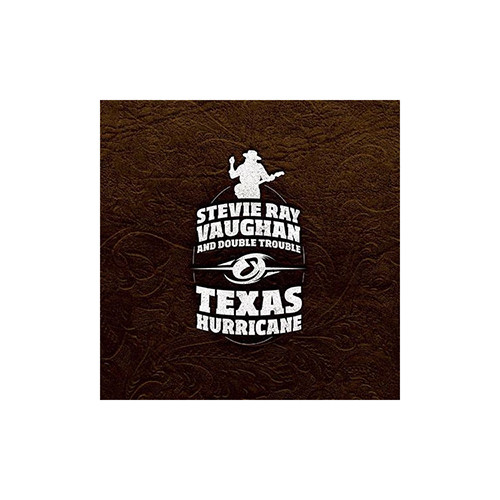 Remastered from the Original Analog Tapes by Sterling Sound

Analogue Productions is about to rock your world with the greatest Stevie Ray Vaughan tribute ever reissued! Included in this ultimate box set are the guitar legend's classic titles: Texas Flood (1983), Couldn't Stand the Weather (1984), Soul to Soul (1985), In Step (1989), Family Style (1990), and The Sky Is Crying (1991), all remastered from the original analog tapes by Sterling Sound and issued here on Hybrid SACD!

"With his astonishingly accomplished guitar playing, Stevie Ray Vaughan ignited the blues revival of the '80s. Vaughan drew equally from bluesmen like Albert King, Otis Rush and Hubert Sumlin and rock & roll players like Jimi Hendrix and Lonnie Mack, as well as the stray jazz guitarist like Kenny Burrell, developing a uniquely eclectic and fiery style that sounded like no other guitarist, regardless of genre. Vaughan bridged the gap between blues and rock like no other artist had since the late '60s. For about seven years, Stevie Ray Vaughan was the leading light in American blues, consistently selling out concerts while his albums regularly went gold. His tragic death in 1990 only emphasized his influence in blues and American rock & roll."
- Stephen Thomas Erlewine/All Music

Those of you familiar with Analogue Productions' previous box sets know how deluxe these sets are. From the meticulous mastering to the beautiful packaging and their detailed liner notes and rarest of photographs, these sets are must have collectibles for music fans across the board. The truly luxurious, and ultimate, listening experience can be had with this 6 x Hybrid SACD box set which is compatible with all CD players.

Stevie Ray Vaughan already had a decade of performing experience under his belt when he burst into the mass consciousness with his landmark 1983 debut Texas Flood. Recorded in a mere three days in Jackson Browne's private studio, Texas Flood became a surprise smash and established Vaughan as the preeminent guitar hero of the '80s. The album, which earned a pair of Grammy nominations, features the hit "Pride and Joy," along with such beloved Vaughan numbers as "Love Struck Baby," "Dirty Pool," and "Lenny."

On his third album Soul to Soul, Stevie Ray expanded the Double Trouble lineup with the additions of keyboardist Reese Wynans and saxophonist Joe Sublett. He also extended his electric blues style, seamlessly incorporating elements of soul, R&B and jazz into his approach. The result is one of the legendary guitarist's most highly prized releases that includes such fan favorites as "Look at Little Sister," "Change It," and "Say What!"

1989's In Step is the first record Vaughan made sober thus its title and the results are at once intense, passionate and inspiring. Vaughan tears into uptempo numbers like "The House Is Rockin'" and "Scratch-N-Sniff" with a vengeance while laying his soul absolutely bare on confessionals such as "Tightrope" and "Wall of Denial." In Step would also serve as the final album released with Double Trouble during his lifetime.

Comprised of ten previously unreleased studio performances from Stevie Ray Vaughan and Double Trouble cut between late 1984 and early 1989, The Sky Is Crying serves as Stevie Ray's "fifth" album as well as an homage to the extraordinary musician's exceptional abilities as a guitarist, songwriter, and interpreter. It also contains the tremendously moving "Life By the Drop," the first-ever recorded take of Vaughan playing acoustic guitar.