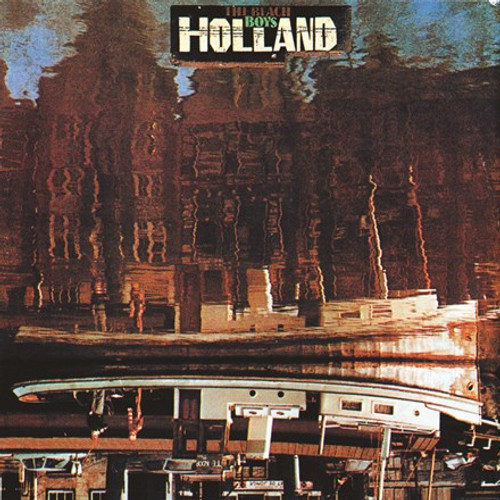 Analogue Productions has taken 11 of the most classic, best-sounding Beach Boy titles ever and restored them to their mono glory! But there's no disputing that the close harmonies and one-of-a-kind rhythms of hits like "Surfer Girl," "In My Room," "Little Deuce Coupe" and more lend themselves naturally to stereo. So they've got your 2-channel needs covered with prime stereo mix versions of 13 titles as well.

Mastered by Kevin Gray, most from the original master tapes or best sources available, these are awesome recordings to experience and the look of each album befits its sonic superiority. All 14 of the Beach Boys Analogue Productions reissues will be offered on Hybrid SACD with Surfin' Safari only available on Hybrid Mono SACD and Pet Sounds offered in 5.1 Multichannel with both the Mono and Stereo Mixes.

Looking for inspiration, The Beach Boys recorded their fourth studio effort of the '70s, Holland, in Baambrugge, Netherlands in the summer of 1972 and it was released in January 1973. Holland features songwriting from each member including opening ("Sail On, Sailor") and closing ("Funky Pretty") epics from Brian Wilson and equally as compelling fare from bothers Dennis ("Steamboat," "Leaving This Town," "Only With You") and Carl ("The Trader").

The Analogue Productions reissue also includes the bonus EP: Mount Vernon and Fairway (A Fairy Tale) plus the restoration of "We Got Love," eliminated from original U.S. copies of the album. Early test pressings of Holland, made in the U.S. and U.K. featured "We Got Love," as did a few hundred copies pressed and sold in Germany. Early French and Canadian pressings of Holland mention "We Got Love" on the jacket, but the song wasn't actually included.