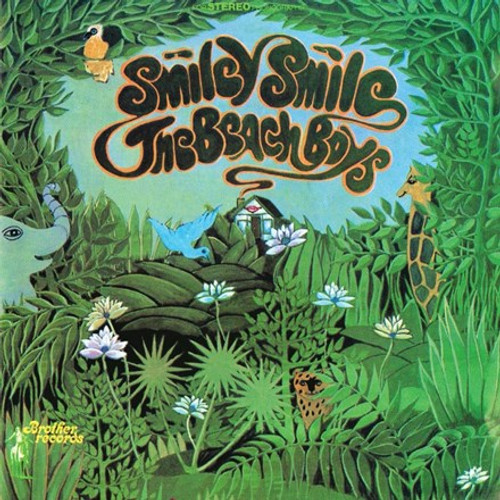 Apart from Surfin' Safari, which was mono only, the Beach Boys did turn in stereo masters on all of their early albums up until 1965. Today! was the first LP for which they only delivered a mono master. But there's no disputing that the close harmonies and one-of-a-kind rhythms of hits like "Surfer Girl," "In My Room," "Little Deuce Coupe" and more lend themselves naturally to stereo. So Analogue Productions has got your 2-channel needs covered with prime stereo mix versions of 13 titles as well.

The stereo editions of Surfin' USA, Surfer Girl, Little Deuce Coupe, Shut Down Vol. 2 and All Summer Long were all mixed in stereo by their own preferred engineer, Chuck Britz, ostensibly under the group's supervision. All of the newer stereo mixes on these remastered albums (Today!, Summer Days (And Summer Nights!!), Beach Boys' Party!, Pet Sounds and Smiley Smile) were all done by Mark Linett on behalf of the Beach Boys.

"Brian may or may not have been present for those mixing sessions - evidence suggests that he trusted Chuck's skills enough to let him prepare those mixes on his own - but the group held onto their multitrack tapes and delivered stereo masters to Capitol, rather than allowing Capitol to prepare their own stereo versions. Later, when Brian was only delivering mono masters, Capitol would prepare the Duophonic pseudo stereo editions for the stereo market," says Alan Boyd, producer and Beach Boys' archivist.

Mastered by Kevin Gray, most from the original master tapes or best sources available, these are awesome recordings to experience and the look of each album befits its sonic superiority. All 14 of the Beach Boys Analogue Productions reissues will be offered on Hybrid SACD with Surfin' Safari only available on Hybrid Mono SACD and Pet Sounds offered in 5.1 Multichannel with both the Mono and Stereo Mixes.

Following the breakdown of Smile, which was intended as the highly anticipated follow-up to their 1966 opus Pet Sounds, the Beach Boys issued the rather lo-fi and sparely arranged album Smiley Smile in its place in 1967. A singular work in the band's revered canon, Smiley Smile has gone on to cult classic status and is home to such Beach Boys favorites as the No. 1 hit "Good Vibrations" and the mini-opera "Heroes and Villains."