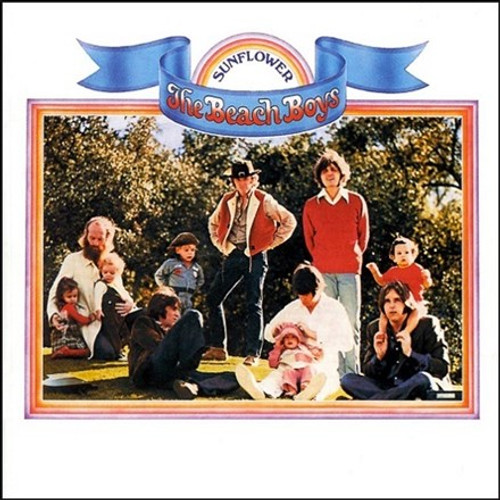 Analogue Productions is pleased to announce that they will be reissuing 14 of the most classic, best-sounding Beach Boys titles, each expertly mastered by Kevin Gray at Cohearant Audio and presented in "old style" Stoughton Printing tip-on jackets. 200g Mono editions of Surfin' Safari, Surfin' USA , Surfer Girl, Little Deuce Coupe and Shut Down Vol. 2 will be issued in December 2014 followed by 200g Stereo editions of Surfin' USA, Surfer Girl, Little Deuce Coupe and Shut Down Vol. 2 in January 2015. 200g Mono & Stereo editions of All Summer Long, Today!, Summer Days (And Summer Nights!!), Beach Boys' Party!, Pet Sounds and Smiley Smile plus 200g Stereo editions of Sunflower, Surf's Up and Holland will follow later in 2015. Hybrid SACD editions of each album will also be available.
Analogue Productions has taken 11 of the most classic, best-sounding Beach Boy titles ever and restored them to their mono glory! But there’s no disputing that the close harmonies and one-of-a-kind rhythms of hits like “Surfer Girl,” “In My Room,” “Little Deuce Coupe” and more lend themselves naturally to stereo. So they’ve got your 2-channel needs covered with prime stereo mix versions of 13 titles as well.
Mastered by Kevin Gray, most from the original master tapes or best sources available, these are awesome recordings to experience and the look of each album befits its sonic superiority. All 14 of the Beach Boys Analogue Productions reissues will be offered on Hybrid SACD with Surfin' Safari only available on Hybrid Mono SACD and Pet Sounds offered in 5.1 Multichannel with both the Mono and Stereo Mixes.
1970's Sunflower was the first product of the Beach Boys' new Brother Records/Reprise deal. The album signaled a creative rebirth for the band and a return to the beautiful harmonies and orchestral productions of their classic mid-'60s material. Sunflower is a remarkably cohesive album, something not seen from the band since the legendary Pet Sounds. Highlights include "Slip On Through," "Add Some Music to Your Day," "Cool, Cool Water" and "This Whole World" among others.
Features:
• Hybrid Stereo SACD
• Mastered by Kevin Gray at Cohearent Audio from the original master tapes or best sources available
• Stereo mixes produced by Mark Linett and Alan Boyd
• Compatible with both SACD and CD players
1. Slip On Through
2. This Whole World
3. Add Some Music To Your Day
4. Deirdre
5. Got To Know The Woman
6. It's About Time
7. Tears In The Morning
8. All I Wanna Do
9. Forever
10. Our Sweet Love
11. At My Window
12. Cool, Cool Water