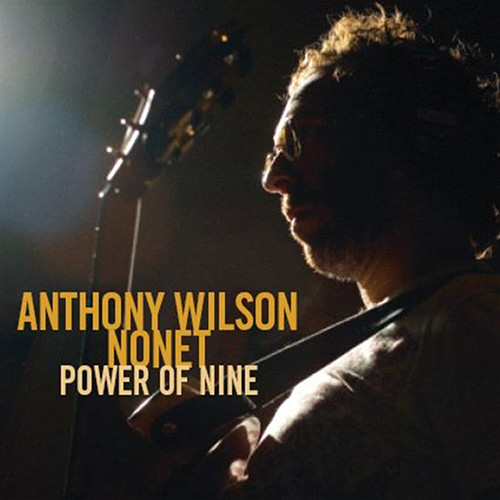 This album is Sonic Stunner on this 2 LP 45rpm Set from Groove Note Records!

Anthony Wilson is not your average guitarist. Signed to the Groove Note label before he became Dianna Krall’s touring/studio guitarist, Anthony’s approach to the guitar as an improvisational instrument is quite extraordinary. Ying Tang, Groove Note’s Director, said the unbelievable cover of the Beatles’ “I Want You (She’s So Heavy)” from Our Gang was the cut that blew away Ms. Krall and brought them together. As a jazz guitarist (in his jazz organ trio or his famous Nonet ensemble), Wilson feeds off of the explorative performances of the rest of his band. His first two records (both of which are Guitar, Organ and Drums sessions) on Groove Note (Our Gang and Savivity) are absolutely two of the best sounding titles in our available catalog. In both audiophile sound quality as well as in performance! We cannot recommend these titles enough.

His newest recording, The Power of Nine (also on Groove Note) finds Anthony Wilson going back to composition and playing in a Nonet ensemble. The band is truly incredible and all the music (captured on 30ips analog tape and DSD by veteran audio engineer Joe Harley) is performed with passion and grace. The sound quality of this album is world class in every sense. Many of you should have already seen the May issue of Stereophile, where writer Thomas Conrad captures the emotional power of the sessions with incredible excitement. In my opinion, it’s the best feature story I’ve ever read in Stereophile.

The biggest news of the album was the collaboration of the Nonet with Diana Krall on this album. “Looking Back” was written by Cheryl Ernst and the intimacy of Krall’s voice combined with the arrangement of the tune by the band is the highlight of the album. (See the May 2006 issue of Stereophile for the whole story).

This album will surely Anthony Wilson's reputation and with its program of original tunes and rewarding arrangements, influences ranging from Gil Evans and Charlie Mingus all the way to Weather Report and John Mclaughlin, as well as its dense and highly diverse palette of complex chords, sounds and textures, this release will provide continual listening pleasure for serious jazz fans & audiophiles alike.

The sound is extremely dynamic with tremendous crescendos from the horns which retain a rich and seductive sonority. The album also contains layers of sound as well as individual instruments resolved with air and space. The Diana Krall track will surely become the' audiophile vocal demo of choice in years to come but all the tracks here will put any audiophile system through its paces, testing rhythm, dynamics and tonal balance!

If you are a fan of jazz composition, extremely talented guitar players or unbelievable audiophile grade sound quality, we highly recommend you acquaint yourselves with Anthony Wilson and all of his titles on Groove Note Records!