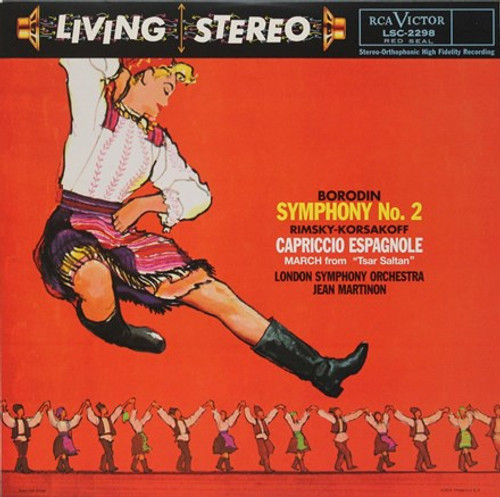 Be alerted when Borodin - Symphony No. 2 - Rimsky-Korsakov - Capriccio Espagnole - Martinon (200g Vinyl LP) is back in stock

One of the best U.K. Living Stereos with very good dynamics recorded at Kingsway Hall. Borodin's Second Symphony is coupled with Rimsky-Korsakov's Capriccio Espagnole. This record is notable for its fine, lively performances. Midband transparency, detail, dynamics and texture are very good, especially in the first two movements of the Borodin.