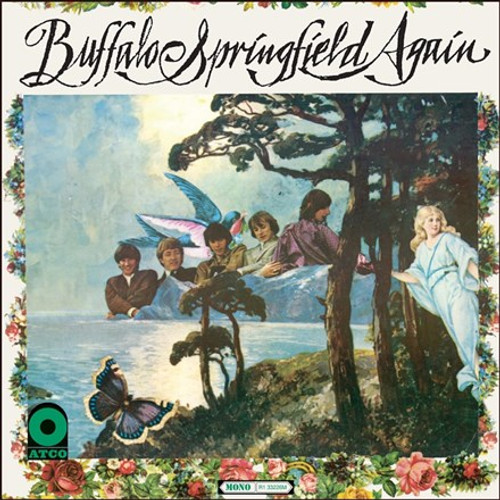 Rhino Records re-emphasizes the importance of both keeping music history alive and maintaining tradition, with another installment of their Start Your Ear Off Right campaign which returns in 2019 with vinyl titles from some of the most celebrated acts in music including: Alice Cooper, Aretha Franklin, Buffalo Springfield, Crosby, Stills, Nash & Young, Gram Parsons, Grateful Dead, Jimmy Rogers All Stars, Joni Mitchell, Little Village, Lupe Fiasco, Ramones, The Monkees, Television, Warren Zevon, and ZZ Top.

When Canadian transplants Neil Young and Bruce Palmer intersected with Stephen Stills, Richie Furay and Dewey Martin on the Sunset Strip in 1966, one of the truly great Los Angeles bands was born: Buffalo Springfield. Taking their name from a steamroller they'd seen parked on a street, the quintet emerged as folk-rock/country-rock leaders during their tumultuous two-year existence. Before playing its final show on May 5, 1968, the Rock and Roll Hall of Famers released three studio albums on ATCO during an intense, creative burst.

The group spent the first half of 1967 making their second album, Buffalo Springfield Again, which was their first to feature songs written by Furay ("A Child's Claim To Fame"). Stills and Young both contributed some all-time classics here with "Bluebird" and "Rock And Roll Woman" from Stills, and "Mr. Soul" and "Expecting To Fly" from Young. This mono 180g vinyl reissue is a breakout from the Buffalo Springfield boxset.