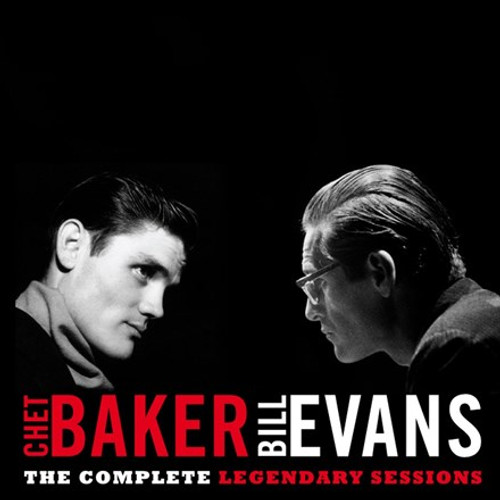 All existing recordings of the legendary Chet Baker and Bill Evans playing together on one 2LP-set! Although Baker and Evans were both highly lyrical and introspective players who could have made a marvelous team, they only recorded together on a couple of occasions. The reasons behind their limited association are unclear.

Both Baker and Evans were addicts during most of their lives, so it wasn't the case of a clean player avoiding an addict. However, the two musicians had very different attitudes towards life and music. While Baker led a very erratic life, and his addiction had direct consequences on his everyday playing, Evans always tried to keep his addiction private and never let it affect his performances.

And while Chet was a self-taught genius, who played music mostly by ear, Evans was a well educated musician, composer and arranger. Moreover, although Evans toured Europe many times, he always remained an American resident, while Baker spent decades of his life in Europe. Featuring Zoot Sims, Herbie Mann, Pepper Adams, Kenny Burrell, Paul Chambers and Philly Joe Jones.