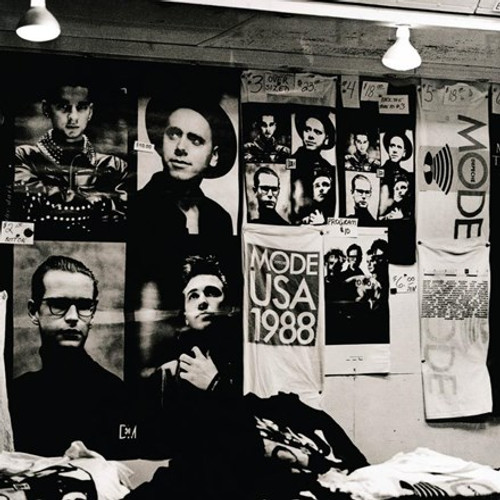 Roughly 28 years ago, Depeche Mode performed the 101st date of their tour behind Music for the Masses at the Rose Bowl in Pasadena, California on June 18, 1988, a concert which was filmed and recorded for release as the film and album entitled – appropriately enough – 101.

Originally conceived by members of Depeche Mode as a method of clarifying how the group fit into the ‘80s, things changed for 101 when famed documentarian D.B. Pennebaker stepped into the role of director and felt that it was going to be too difficult to cover the topic at hand in a manner which would prove cinematically entertaining. Instead, he switched things up to follow a collective of Depeche Mode fans who'd won a "Be in a Depeche Mode Movie" contest. In turn, 101 was able to spotlight both the devotion of the band's fans and the live Depeche Mode experience.

Unfortunately, those who came into the proceedings looking for a full-fledged concert film may have walked away disappointed by the end result, which in no way showed the band's performance in its entirety, but those folks still ended up with a double-disc live album, one which did an excellent job of sampling the DM discography up to that point. Plus, whether you want to attribute it to the film, the album, or a combination of both, the end result was that Depeche Mode's profile grew so substantial as a result of 101 that their next studio album, 1990's Violator, gave them the first US top-10 album of their career.