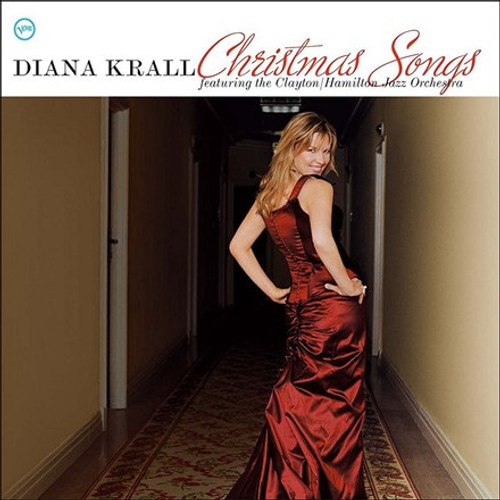 2005's Christmas Songs is a hip sleigh ride that jingles its jazz credentials proudly, and revels in a wide range of the jazz greats: Nat "King" Cole, Duke Ellington, Ella Fitzgerald, Count Basie and Rosemary Clooney. It's an album that benefits not only from Diana Krall's swinging and singing, but her own production A-team, co-producer Tommy LiPuma and engineer Al Schmidt. Krall also credits her long-standing bond with bassist John Clayton and drummer Jeff Hamilton, as she is accompanied here by both their Clayton-Hamilton Orchestra and her regular rhythm backup: guitarist Anthony Wilson and bassist Robert Hurst. Clayton also provided arrangements for Christmas Songs, as did Johnny Mandel.

The album contained a couple of firsts for Krall: she cuts loose her scatting talent, till now relegated to the stage, on the opening track. And she surprisingly cedes the piano chair intermittently to focus on her singing (though all the piano solos are her handiwork). Krall challenged herself further by selecting tunes associated with many of her heroes. "‘White Christmas' is a tip of the hat to the Nat Cole-George Shearing recording, "Beautiful Friendship." "Jingle Bells" owes a lot to Ella Fitzgerald's version – down to the tag about digging horses. And "Count Your Blessings" is a perfect way to end the proceedings because of its message of hope.

Laughter, warmth, and an unbridled sense of swing buoyed by the season: that's what Christmas Songs is about. Like a well-delivered holiday toast, Krall is succinct and positive in her wish for the recording, "I just hope this album gives people the sense of joy that I had in making it. I hope they dance to it!"