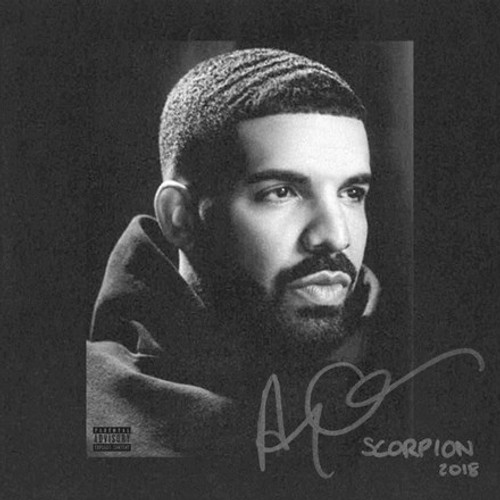 Be alerted when Drake - Scorpion (Vinyl 2LP) is back in stock

Superstar rapper Drake's latest full-length album, Scorpion has already smashed innumerable industry records, blowing just about every streaming record out of the water while making the artist the first to surpass 50 billion streams across all global streaming platforms along the way. A double album - divided between a hip-hop side and R&B side - Scorpion topped the Billboard Top 200 and its hit single "In My Feelings" dominated the Billboard Hot 100.

The sprawling 25-track affair features unreleased Michael Jackson vocals on the track "Don't Matter To Me," a song which appears to be built around previously unreleased music: Paul Anka is listed as a co-writer on the track. Scorpion also included appearances from Static Major, TY Dollah $ign and Jay Z. On "That's How You Feel," Drake samples Nicki Minaj's song "Boss Ass Bitch" and Future appears on "Blue Tint." No I.D., DJ Premier, PARTYNEXTDOOR, Tay Keith, Boi-1da, and Murda Beatz are among the producers credited on the album.

Scorpion is Drake's first project since 2017's More Life, which was billed as a playlist. It is his first studio album since 2016's commercially successful Views.