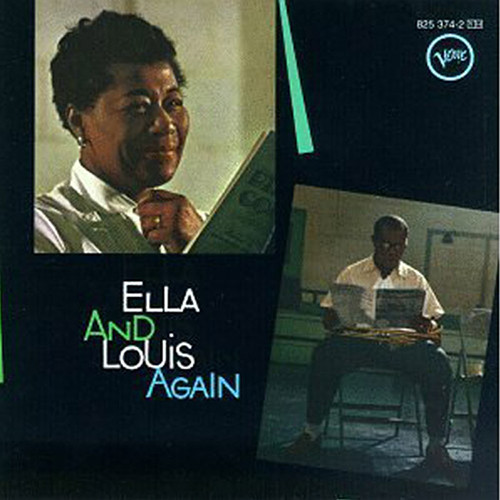 Be alerted when Ella Fitzgerald and Louis Armstrong - Ella and Louis Again! (200G 45RPM Vinyl 2LP) * * * is back in stock

"There isn't much one can say about an album whose title is Ella And Louis Again. The "again" obviously means they've already done one album together and beyond that, what can you say about two people like Ella and Louis? I doubt that there's anyone today who loves music, who doesn't know Ella Fitzgerald and Louis Armstrong. About all that can be pointed out, I suppose, is that we've again selected some of the best product of some of the best songwriters of our age. The backing, with the Oscar Peterson Trio and Louis Bellson substituting for Buddy Rich, remains, as in the first album, quiet, discreet, swinging." - Norman Granz from the original liner notes

"These are all truly classic Verve titles that you simply don't want to miss. Most importantly, the sound of these reissues is nothing short of astounding!" - Danny Kaey/Positive Feedback

1. Don't Be That Way
2. Makin' Whoopee
3. They All Laughed
4. Comes Love
5. Autumn in New York
6. Let's Do It (Let's Fall in Love)
7. Stompin' at the Savoy
8. I Won't Dance
9. Gee Baby Ain't I Good to You
Related Videos
How We Pack Your Records At Music Direct
Customers Also Bought