Price Now $64.99
Was
Was
Save $0.00 (0%)
Questions and Answers
Availability: In Stock
This item is in stock and ready to ship. Depending on the time of day when you place your order, it will ship same day or next business day. 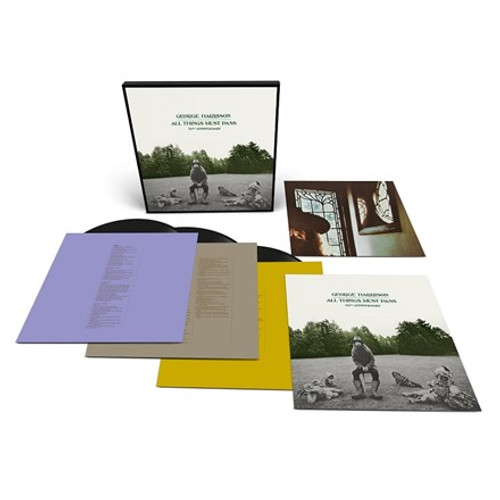 George Harrison's indelible 1970 triple album All Things Must Pass has been completely remixed from the original tapes, to be released by Capitol/UMe in August 2021 in suite of 50th anniversary reissues that fulfill Harrison's longtime desire for the record. The new editions have been executive produced by George's son Dhani Harrison, product produced by David Zonshine and mixed by triple Grammy-winning engineer Paul Hicks (The Beatles, The Rolling Stones, John Lennon). The new mix gives the record a brighter, fuller and better sound than ever before. The main 23-track album, produced by George and Phil Spector, is available here on 180g vinyl 3LP. The discs are contained in a slim box, including a poster and an 8-page insert with photos and notes from Dhani and Paul on remixing the album.