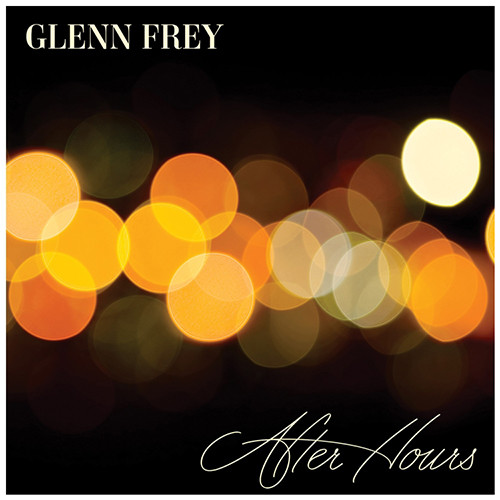 Classy Album of Standards, Classics, and Sincere Love Ballads Inspired by Frey's Passion for the Art of Song: Romantic, Late-Night Feel All About the Piano, Voice, and Setting

Glenn Frey once lived the life in the fast lane. Unveiling an elegant approach on After Hours, the legendary co-founder of the Eagles immerses himself in the mellow music he loved growing up and during his adult life—specifically, standards, classics, and love songs originally rendered by greats such as Dinah Washington, Nat King Cole, Tony Bennett, and Brian Wilson.

Rest assured: This two-and-half-year project has nothing to do with putting a smooth contemporary polish on songbook gems or reinventing a career. Rather, the classy late-night feel of After Hours is all about the art of the song, how words are delivered, and the how the combination of piano and voice can touch a listener's soul. To this extent, Frey's voice is in peak form, his capability as a torch crooner and sentimental dreamer seemingly unlimited to an extent his careful, tonally balanced deliveries will surprise even the biggest Eagles fan.

Mastered from the original analog master tapes, this 180g LP is made with the same care Frey invested in gems such as "For Sentimental Reasons," "The Look of Love," and "It's Too Soon To Know." The complete dynamic range, dead-quiet backgrounds, impeccable balances, and ultra-silent surfaces distinguish this analog production, supervised by multi-Grammy-winning engineer and producer Elliot Scheiner. Frey also enlisted Eagles touring band members Richard F.W. Davis and Michael Thompson as co-producers and collaborators. The results are nothing short of exquisite.

Fans of vocal pop, mellow jazz, and sincere expression will want to hear this spectacular-sounding LP in their system. Dim the lights, pour a glass of pinot noir, sit back, relax, and experience the allure within the grooves. Allow Frey to transport you to your own personal small club. You will not regret it.

"His upper range vibrato is perfectly controlled and from wherever he's singing or sometimes crooning, he sounds 100% in command. But more than the some might say surprising technical expertise he exhibits, Frey's ability to inhabit the songs and render them suavely from within is impressive…The analog recording is superb and Elliot Scheiner's mix is seamless. The entire production harkens back to the era of great recordings."
– Michael Fremer, Analog Planet

Watch this video on the making of the new Glenn Frey Album. Click Here.