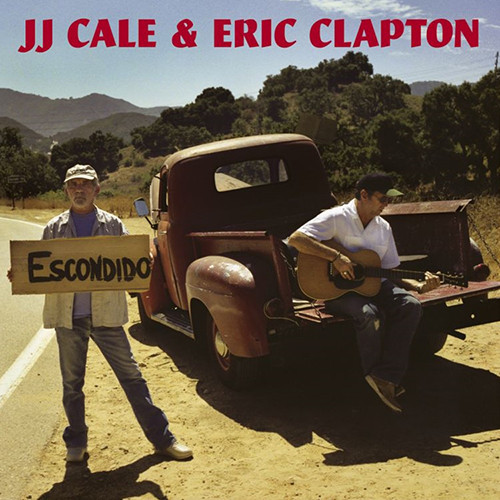 Be alerted when J.J. Cale And Eric Clapton - The Road To Escondido (Vinyl 2LP) is back in stock

Customers Also Viewed
Description
Eric Clapton has often stated that J.J. Cale is one of the single most important figures in rock history, a sentiment echoed by many of his fellow musicians. Cale's influence on Clapton was profound, and his influence on many more of today's artists cannot be understated. After years admiring Cale's work and covering several of his songs such as "After Midnight" and "Cocaine," Clapton finally collaborated with Cale for the first time in his career on the 2006 original album Road to Escondido. At the time, Clapton said "This is the realization of what may have been my last ambition, to work with the man whose music has inspired me for as long as I can remember."
The resulting hybrid sound defies being labeled, but instead finds influence across the spectrum of blues, rock, country and folk. The songs are warm and rich, with deep flowing rhythms, and a potent economy of words. The 14-song set features 11 Cale originals, Clapton's “Three Little Girls,” John Mayer's “Hard To Thrill” and a cover of the blues classic “Sporting Life Blues.” Among the numerous guest artists appearing are Mayer, Taj Mahal, Derek Trucks, Doyle Bramhall II, Albert Lee, and the late Billy Preston, whose classic keyboard talents are enlisted throughout. The Road To Escondido was awarded the Best Contemporary Blues Album (Vocal or Instrumental) at the 2008 Grammys.
LP1
1. Danger
2. Heads In Georgia
3. Missing Person
4. When This War Is Over
5. Sporting Life Blues
6. Dead End Road
7. It's Easy

LP2
1. Hard To Thrill
2. Anyway The Wind Blows
3. Three Little Girls
4. Don't Cry Sister
5. Last Will And Testament
6. Who Am I Telling You?
7. Ride The River
Related Videos
How We Pack Your Records At Music Direct
Customers Also Bought