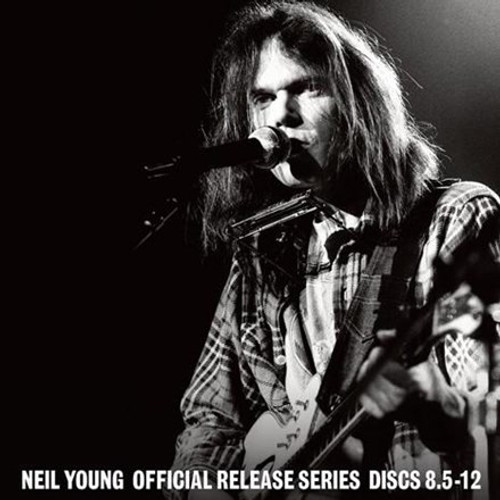 Comes A Time finds Young largely returning to his lush acoustic-based Harvest sound with uplifting harmony vocals from Nicolette Larson. Tender and inspired in all the right places, it became his first Top Ten album in over half a decade.

Rust Never Sleeps features new material recorded live during Young's 1978 tour with Crazy Horse and it's split into compelling acoustic material and powerful electric numbers. The set kicks things off with the state of rock 'n' roll anthem "My My, Hey Hey (Out of the Blue)," before offering up a lovely "Pocahontas," scathing epic "Powderfinger" and closing with a rowdy reprise of "Hey Hey, My My (Into the Black)."

1978 concert recording Live Rust featuring an on fire Crazy Horse on select tracks - issued months after its spiritual guide Rust Never Sleeps - was captured at the Cow Palace in San Francisco, CA and finds Young wearing his folksinger and bandleader hats and mixing early classics and then newer material in what adds up to be one hell of a show.