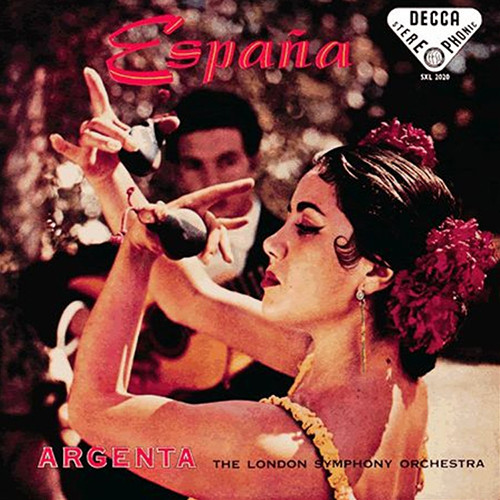 This Legendary Performance of this Spanish Piece is Now Available on 180g Audiophile Vinyl!

This re-pressing of the legendary FFSS version features great Spanish music played with precision and lucidity by Ataulfo Argena. One of the best recordings ever made. Sonically, this record – made in 1956/57 – is one of the best ever produced by DECCA. The listener is literally swept off his or her feet. To better enjoy this tremendous experience, we would advise listeners to put their feet up, relax, and listen with rapt attention. A “Do-not-disturb” sign on the door is to be recommended. The tremendous sound emanating from the loudspeakers immediately conveys the rousing nature of the music. Conducted by Ataúlfo Argenta, the London Symphony Orchestra plays with a rare vitality, pure enjoyment, precision and lucidity. This is a carefully chosen medley of Spanish music which, interestingly enough, was mostly written by non-Spanish composers. All in all, this has become a legendary recording, which caused quite a stir even in its mono version. The FFSS version ranks among the very best recordings ever issued. Our highest recomedation!