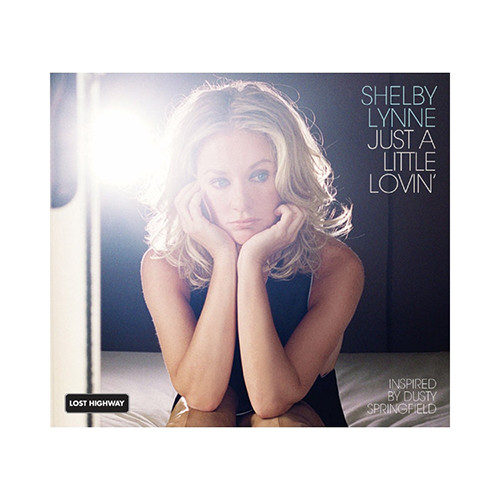 Originally released by Lost Highway Records in 2008, Just A Little Lovin' is Shelby Lynne's stirring, emphatic tribute to the late British singer Dusty Springfield. It is to date the highest charting album of Lynne's career, reaching #41 on the Billboard 200, thanks to such endearing renditions of Springfield classics like "You Don't Have To Say You Love Me," "I Only Want To Be With You" and "How Can I Be Sure" among others. The set was even produced by the legendary Phil Ramone, the engineer for Springfield's original recording of "The Look Of Love."

Reissuing this masterpiece was quite the undertaking for Analogue Productions. Keep in mind that almost without exception, for every pop record recorded after 1992, even if it's recorded to analog tape like this one, the songs are stored individually. That means that there is never an actual complete album master compiled. So to cut an LP from tape, they had to have mastering engineer Doug Sax assemble an analog master in order so that he could then cut the record to LP, using his famed tube electronics.

The resulting 180g heavyweight platter from Quality Record Pressings is dead quiet and smooth. Plating was also done in-house at QRP by Gary Salstrom. And on the heels of Analogue Productions' reissue of Dusty Springfield's Dusty In Memphis, which was named Stereophile's 'Recording of the Month' for February 2012, the timing couldn't be more perfect. An unparalleled mixture of great music, great performances and a great recording!