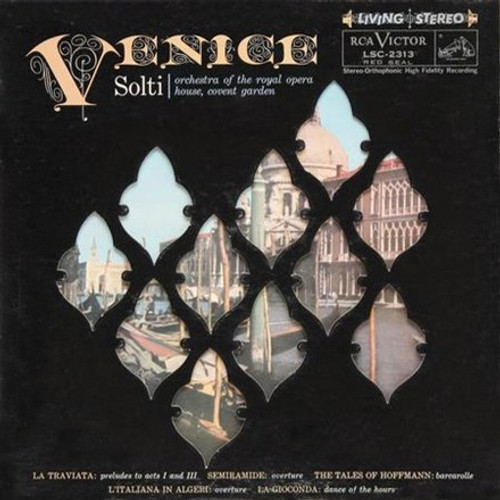 Georg Solti, conducting the Orchestra of the Royal Opera House, Covent Garden. Originally released in 1959. Ravishing string tone and superior dynamics. Undisputedly beautiful string tone in Act One of Traviata. About a minute or so into the last band on side one, one hears the famous Underground subway rumbling beneath Kingsway Hall. The Underground, the Aldrich-Holborn line, was a constant factor to be addressed by Decca engineers.