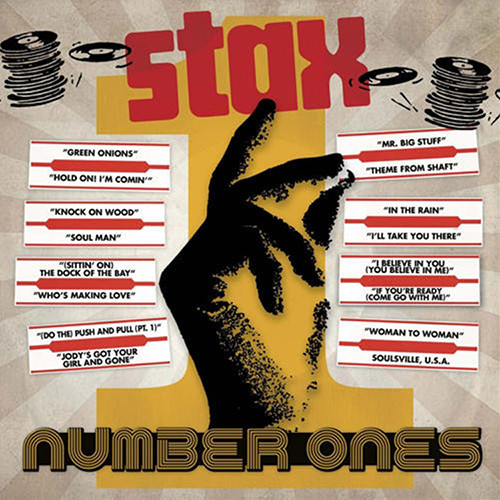 Stax Number Ones on Vinyl LP

Every One of Legendary Soul Label's #1 Hits on One Astounding LP!

A Veritable Quick-Reference Dictionary of Southern Soul from Soulsville, USA

Stax is synonymous with some of the most iconic, transfixing, and instantly recognizable soul music ever recorded. The imprint's logo, the cooler-than-thou hand with the snapping fingers, aptly captured the grittiness, rhythmic nature, and groove-shaking capacity of the production, artists, and house band. Over its career, the legendary label placed more than 175 hit songs on Billboard's Hot 100 pop charts as well as a staggering 250 hits on the R&B charts. Here's a can't-miss chance to own the best of the best on a single analog LP.

Stax Number Ones includes all fifteen songs that hit #1 on the aforementioned charts. As you may expect, the album features many of the greatest names in music, all together on one stellar compilation, including: Booker T. & The MG's, Sam & Dave, Eddie Floyd, Otis Redding, Johnnie Taylor, Rufus Thomas, Jean Knight, Isaac Hayes, The Dramatics, The Staple Singers and Shirley Brown.

Folks, we're talking arguably the greatest soul instrumental of all time ("Green Onions"), the irresistible "Hold On, I'm Coming" (recently performed by Bruce Springsteen), the Big O's timeless "Sittin' On the Dock of the Bay," the suave and swaggering "Shaft," and the uplifting gospel anthem "I'll Take You There," which begins a circle that Mavis Staples continues to extend in her outstanding solo career, and 10 other gems from Soulsville, USA!

You can't go wrong with this!