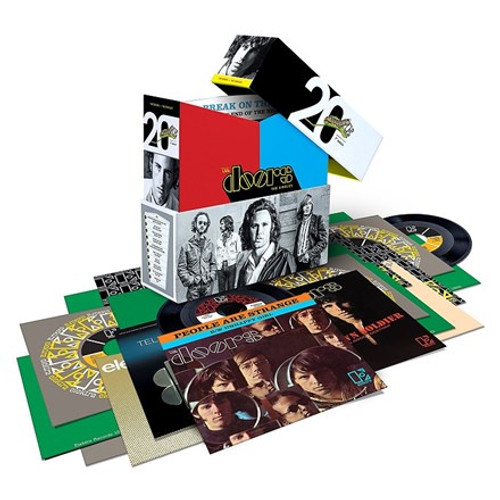 The collection includes the single versions from all six of the landmark studio albums the quartet released between 1967 and 1971, including classics like "People Are Strange," "Love Her Madly" and "Riders On The Storm." The B-sides add another dimension to the band's legacy with such stellar tracks as "Who Scared You," which appeared in March 1969 as the flipside to "Wishful Sinful," and a cover of Willie Dixon's "(You Need Meat) Don't Go No Further," which was paired with the 1971 smash "Love Her Madly."

The Singles also features several songs released after Morrison's passing in 1971. Among those recordings are tracks the surviving trio recorded together ("Tightrope Ride" and "The Mosquito"), as well as live selections from posthumous releases ("Roadhouse Blues" and "Gloria").