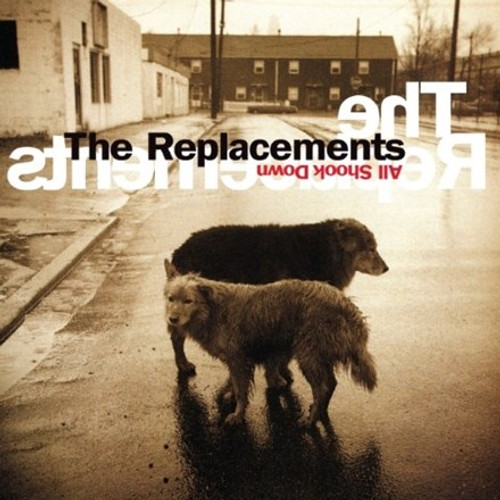 Along with Prince and Husker Du, The Replacements put Minneapolis on the rock map in the 1980s with their endearing imperfection. Among America's greatest all-time alternative acts, the 'Mats rose from chaotic noise-makers to polished craftsmen, leaving a handful of masterpieces in their wake.

Rolling Stone's 1990 review of All Shook Down opened with the line, "America's best band is back where it belongs: the garage." Produced by Scott Litt and Paul Westerberg, All Shook Down started out as a Westerberg solo album, but was eventually released as the Replacements seventh and final album to date. That fact also explains the album's many guest artists which include John Cale, Benmont Tench, Terry Reid and Johnette Napolitano.

When it came time to tour in support of the record, drummer Chris Mars was gone, leaving the band under strained circumstances. As Tommy Stinson said at an appearance to promote the album: "He decided to quit and we decided to help him quit." The Mats toured in support of All Shook Down with Steve Foley on drums. It would be their last before a 20 year hiatus.