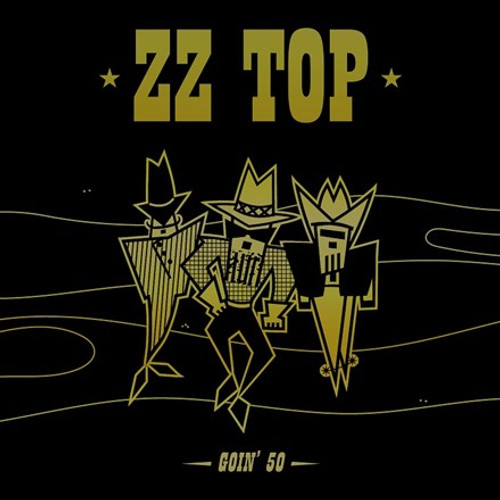 ZZ Top celebrate 50 years of beards, blues, hot cars, and fuzzy guitars in 2019 with a new, Texas-sized compilation that includes the 50 songs that helped transform "that little ol' band from Texas" into the Rock and Roll Hall of Fame standard bearers they have become in the 21st century. Packed with enough hits to fill a roadhouse jukebox, the 180g vinyl 5LP box set spans ZZ Top's entire musical career, from their 1969 debut, and their multi-platinum zenith during the '80s, to their most-recent releases. This new 50-track retrospective includes an array of hits from each of the 15 studio albums that guitarist Billy Gibbons, drummer Frank Beard and bassist Dusty Hill cut since 1970. Two bonus tracks, "Salt Lick" and "Miller's Farm" – a single and B-side respectively – were recorded in 1969 by the original incarnation of ZZ Top.

Goin' 50 kicks off with the irresistible FM-radio hits that hooked the first generation of ZZ Top fans during the '70s and early-'80s with songs like "La Grange," "Tush," "Cheap Sunglasses," "I'm Bad, I'm Nationwide," and "Pearl Necklace." It continues to explore the steady stream of hits the band released between 1983 and 1991 that made them international superstars, including six Top 40 tracks: "Gimme All Your Lovin'," "Legs," "Sleeping Bag," "Stages," "Rough Boy," and "Velcro Fly." Goin' 50 closes with a selection of songs recorded between 1992 and 2016 that find the band returning to its blues roots for fresh inspiration on tracks like "Pincushion," "What's Up With That," "Rhythmeen," and "I Gotsta Get Paid." The set's final two tracks - live versions of "Waitin' For The Bus" and "Jesus Just Left Chicago" - are taken from the band's most recent release, Live Greatest Hits from Around the World (2016).