Equipment Amplification Integrated Amp
Price Now $4,316.00
Was $5,395.00
Was
Save $1079.00 (20%)
Questions and Answers
Condition: Open Box
Availability: In Stock
This item is in stock and ready to ship. Depending on the time of day when you place your order, it will ship same day or next business day. 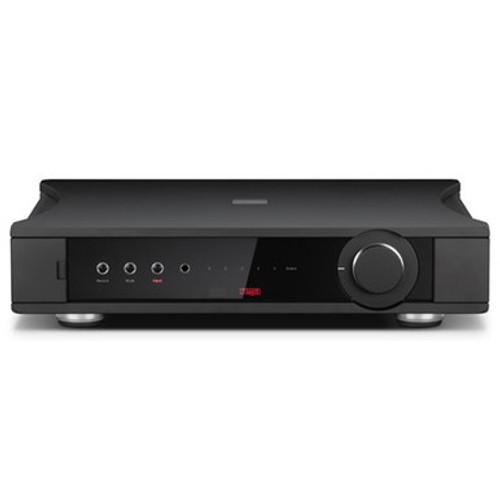 The dual-mono Rega Aethos integrated amplifier has just one goal: Providing you with reference high-end sound. Housed in a sleek case, Aethos outputs a pure 125Wpc (into eight ohms) and employs a custom-wound toroidal transformer as well as regulated power supplies for both the amplification and driver stages. For the preamplifier stage, Aethos uses Class A discrete circuitry throughout. Rather than instill the 38.6-pound unit with fancy frills, Rega focused its time, money, and energy on developing every facet of the U.K.-made device with high-specification components that faithfully serve the music. You can easily find integrated amplifiers with more features and more bedazzle, but you'll find few – if any – at this price point that perform with such exactness, clarity, and tonality.

Read more about the technical specifications and technology of Aethos below. While it will be obvious to longtime Rega owners – not to mention listeners fortunate enough to enjoy the company's Aura MC phono preamplifier and Planar 10 ‘table – Aethos is a rare piece of reliable, smartly engineered, built, and executed gear that drastically elevates every facet of both analog and digital playback in ways that will continue to surprise (and inspire) you for years to come. 100% Music Direct Satisfaction Guaranteed.

"The Aethos retains all the verve of the company's established affordable integrateds, but adds a huge dose of extra clarity, precision and muscle to the recipe."
– What Hi-Fi?, 2020 Best Stereo Amplifier over €2,500 Award and five-star review

Volume Control and Line Amplifier Technology
Aethos uses a high performance combined feedback and passive volume control plus line amplifier, which was originally developed for the Elex-R. Improvements have been made to the volume control and line amplifier stages in Aethos with the use of discrete FET input operational amplifiers using the Linear Systems LSK389 FET and the well-respected RK27 ‘Blue Velvet' potentiometer. The feedback and input levels are varied to set the required volume level. The level and tracking between the two channels is set by the close tolerance parts in the preamplifier circuit and less by the actual potentiometer itself, thus keeping the mismatch of channels due to volume control tracking irregularities to a minimum, further improving on the performance of the RK27 potentiometer. As well as keeping tracking irregularities to a minimum, this method also reduces noise and input overload as the control will only ‘use' the required gain to amplify the signal. This form of volume control is normally only found in professional broadcast environments where accurate low-noise control of levels is required.

Power Amplifier Technology
The power amplifier used in Aethos is an improved higher-power version of the power amplifier used in the Elicit-R and Elex-R. The output amplifier used in Aethos was born after extensive research by Rega engineers to develop a low source impedance emitter follower Class-A driver stage. This is based around two complementary pairs of 160w Sanken Darlington output transistors. The technical and sonic improvement gained by the use of low-impedance drivers is well known, however, it can feature high standing currents in the driver stage when using standard transistor configurations. By combining the low-impedance driver with the Sanken Darlington transistors (with their embedded thermal bias network running at a lower standing current), this combination forms a complementary emitter follower emulating Class A conditions with good thermal stability and lower standing currents in the driver stage. Due to the nature of the power amplifier circuit, Rega is able to run two complete output stages in parallel. This includes the output transistors, bias network, and pre diver transistor instead of paralleling just the output transistors. This ensures the 125-watt output is achieved with complete ease.