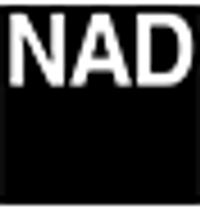 Equipment Amplification Preamp
Price Now $6,499.00
Was $7,999.00
Was
Save $1500.00 (19%)
Questions and Answers
Condition: Open Box
Availability: In Stock
This item is in stock and ready to ship. Depending on the time of day when you place your order, it will ship same day or next business day. 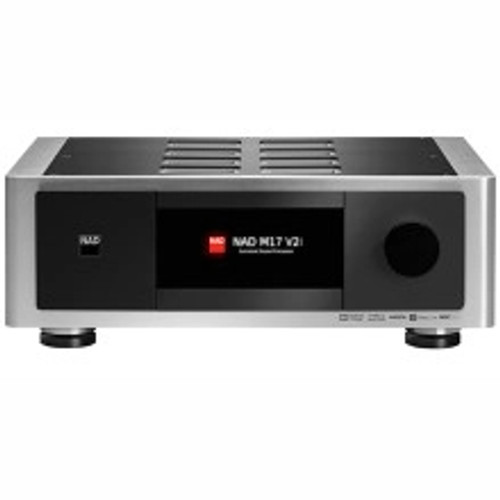 When it comes to the NAD M17 V2i surround preamplifier, it's easier to address what it doesn't do. Such is the cutting-edge prowess and loaded feature set that make this Masters Series component a flagship of immersive surround-sound performance, hyper-realistic video, and obsolescence-free flexibility. Updated with NAD's future-proof Modular Design Construction (for both video and audio) that allows you to keep up with leading-edge technologies without having to replace the entire pre/pro unit as they change, M17 V2i gives you access to today's highest-grade audio and video options. UHD 4K video, DTS-HD Master Audio, and Dolby Atmos decoding are all on board – as is BluOS, which permits MQA playback, high-resolution 24-bit/192kHz streaming, instant access to Internet radio as well as popular services such as TIDAL and Spotify, and multi-room audio. Full HDMI switching, 11.1 fully balanced outputs, a separate linear power supply, and automatic detection of the source material via the digital inputs with stellar bitstream conversion via ultra-liner fully balanced DACs continue the hit parade.

M17 V2i is also purpose-built to accommodate practically any need, setup, or preference. Built-in Dirac Live Room Correction software corrects timing and tonal errors in your room, targets curves for responsiveness, and even includes its own calibrated measurement microphone. Modern HDMI features – HDCP 2:2, 4:4:4 resolution, High Dynamic Range support, CEC/ARC – come standard. Available in both coaxial and optical formats, digital inputs and outputs make it easy to attach all your digital sources. And digital inputs are converted to analog for use in Zone 2 where you can choose to convert unused tape outputs for Zone 3 and Zone 4 with independent source selection and volume control. IR repeaters, 12V triggers, and an RS-232 data port for automated control systems invite you to do whatever you please. Our 100% Music Direct Satisfaction Guarantee means you should do exactly that.

“NAD’s Masters Series M17 V2 is a superb-sounding pre-pro and DAC right out of the box, but Dirac Live elevates it to something special. Instrumental timbres seemed more realistic, soundstages were nearly holographic, and my listening sessions grew longer from sheer musical enjoyment.”
—Kalman Rubinson, Stereophile

Modular Design Construction (MDC)
With MDC all major digital circuits can be upgraded and replaced to keep M17 V2i forever young and capable. This NAD innovation is a unique architecture that keeps pace with the fast changing world of digital formats by allowing connectivity and feature upgrades as newer technologies become available. In fact, M17 V2i is the previous M17 chassis with a new video MDC and a new audio MDC installed. MDC defies premature obsolescence, so you can keep pace with the latest developments in high performance AV through dealer-installed modules. Your M17 V2i can be upgraded as your needs and tastes develop, and you only need to replace the module you want to upgrade, not the entire AV preamp processor.

Fully Featured Surround
M17 V2i offers full HDMI video switching and surround sound decoding along with 11.1 balanced outputs. Brimming with a full complement of sophisticated features like the high resolution lossless surround formats from Dolby TrueHD and DTS-HD Masters Audio decoding, and now object-based audio with Dolby Atmos, M17 provides the highest levels of performance. The surround mode of the source material is automatically detected via the digital inputs of M17 V2i, and the most advanced form of decoding, based on your setup, is switched in. Conversion of the encoded digital bitstream is performed with high resolution and extremely linear D/A converters carefully selected for their performance capabilities.

World's Most Sophisticated Digital Room Correction
SystemDirac Live and its powerful room correction software is built in to M17 V2i, including its own calibrated measurement microphone and Dirac Live Full Frequency. Advanced users can build the perfect listening environment that corrects for both the timing and colorations in sound, including the ability to create custom target curves for room response and the option to choose from a variety of third-party calibrated microphones.

The BluOS Advantage
BluOS, the advanced operating system and music management software shared with NAD's sister brand Bluesound, is included in M17 V2i making it unique among high-end AV processors. When connected to the Internet via Ethernet or Wi-Fi, M17 V2i has access to thousands of Internet radio stations and over a dozen high quality music services including Spotify, Amazon Music, Tidal, Deezer, and many more. With full support for Master Quality Authenticated (MQA) technology, M17 V2i has the highest resolution audio performance available combined with the highest-definition video performance.

Flexible Setup
The latest HDMI features, including HDCP 2.2, 4:4:4 color resolution, High Dynamic Range video support, and CEC/ARC, are all included. Digital inputs and outputs are available in both coaxial and optical formats to make it easy to attach all your digital sources. Digital inputs are converted to analogue for use in Zone 2, and you can choose to convert unused tape outputs for Zone 3 and Zone 4 use with independent source selection and volume control. With BluOS we have also made it easy to add more speakers for listening to music in additional rooms. IR repeaters, 12V triggers to automatically switch amplifiers on and off, and an RS-232 data port makes it easy to connect to highly advanced automated control systems, such as Crestron and Control4. Thoughtful features like discrete On and Off codes, direct access to inputs and FM station presets facilitates the integration of the M17 V2i into elaborate remote control systems. M17 V2i is more flexible than ever, with AirPlay 2 built-in for easy integration into the Apple ecosystem.

Customize with AV Presets
M17 V2i's sleek TFT touch panel display makes setup and control easier than ever before. Unique features like AV presets and a completely flexible input setup allow unprecedented flexibility and ease of use. M17 V2i offers five independent AV presets that store speaker level and tone control settings for instant recall, making it easy to custom tailor your system for different types of program material. Encoded surround modes like Dolby Digital and DTS are automatically selected if the program is so encoded. M17 V2i also remembers your last used settings when switched in and out of Standby mode.

Complete and Compact
M17 V2i combines all the control and decoding functions in one compact chassis, giving up nothing to the convenience of the receiver, yet by separating the power amp stages gives a big jump in performance and flexibility. Match it with one or more of our M27 Seven Channel Power Amplifiers with the latest advancement in HybridDigital amplification. M17 V2i is an excellent example of the NAD design team's expertise in quality in the digital decoding stages, the video processing section, and in the analogue preamp stages for the best overall performance. Along with the new touch screen and ergonomic refinements that simplify operation, M17 V2i will be the dream command center of your home cinema.