Equipment Speakers
Price Now $159.00
Was $349.00
Was
Save $190.00 (54%)
Questions and Answers
Condition: Open Box
Availability: In Stock
This item is in stock and ready to ship. Depending on the time of day when you place your order, it will ship same day or next business day. 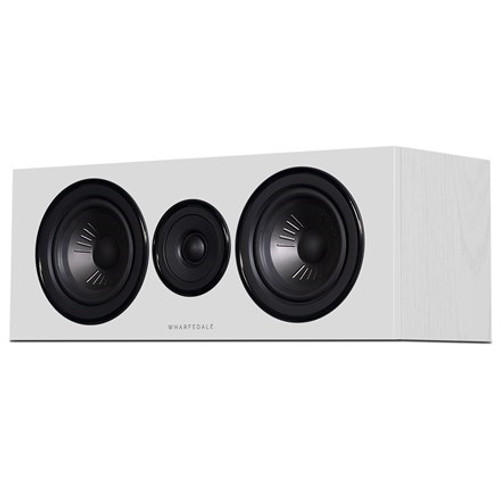 Be alerted when Wharfedale - Diamond 12.C Center Channel Speaker (White) **OPEN BOX** is back in stock

Cinema-quality home-theater performance on a popcorn budget: The Wharfedale Diamond 12.C center-channel loudspeaker supplies the clarity, punctuality, cohesiveness, and balance necessary to convert your space into an entertainment destination. Offering flawless integration with any other Diamond 12 Series model, Diamond 12.C utilizes the power and technology wrought by two five-inch Klarity drivers and a one-inch soft-dome tweeter. The two-way design also benefits form-follows-function architecture in which Intelligent Spot Bracing connects opposite walls with a custom, computer-modeled wood brace to reduce resonance – and not transfer it from side to another. As the focal point for surround in a series that has literally redefined what's possible from budget-friendly speakers for more than 30 years, Diamond 12.C will make you a believer in high-end audio and the differences it makes on how – and what – you hear. Time to break out the candy and extra butter. 100% Music Direct Guaranteed.

The one-inch soft-dome tweeter is made from a woven polyester film with a high-loss coating to deliver open and smoothly extended high frequencies. The magnet system and the front plate have been optimized for wide dispersion and uncompressed behaviour. The front plate is flat and exposes the dome as much as possible; only a very short duct on the front plate balances the acoustic load and improves the SPL measurement.