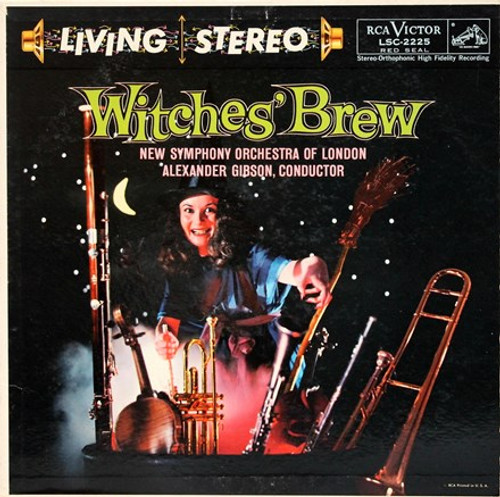 Remastered from the Original Analog Tapes by Willem Makkee

This famous Alexander Gibson/New Symphony Orchestra of London recording from 1958 debuted at the dawn of the RCA Living Stereo era. It became one of the most sought-after Living Stereos with music by Arnold, Mussorgsky, Saint-Saëns, Humperdinck and Liszt, all with spooky, witchy themes. The performances remain as charismatic and incisive today as they were over half a century ago. Now Witches' Brew gets the full Analogue Productions reissue treatment with remastering from the original analog tapes courtesy of Germany's Willem and a new and exclusive Hybrid SACD edition. If such music didn't cast the right sort of spell, so many listeners wouldn't be returning to it on so many occasions, somehow feeling constantly refreshed!