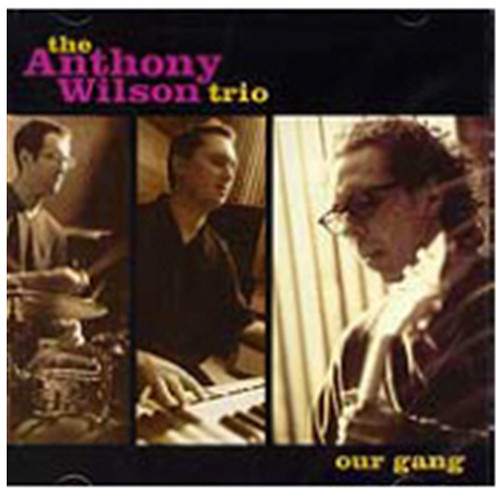 Composer-arranger-bandleader and guitarist Anthony Wilson, the 32-year old son of big band maestroGerald Wilson, is one of the most brilliant musicians working in the US jazz scene today. A recipient ofthe IAJE's Gil Evans Fellowship Award, Wilson's rich, fluid and easy going style, with it's seductivereferences to Wes Montgomery and Kenny Burrell, is much in evidence on his latest CD, Our Gang fromthe Groove Note label out of Los Angeles. Playing with a much pared down structure of guitar trio with organ and drums (his previous recordingshave been with much larger outfits) gave Wilson the freedom to focus more on his own inventive andincomparable skills as soloist, and his close rapport with drummer Mark Ferber and organist Joe Bagg,with whom he has been playing with regularly for the last 2-3 years, pays off richly in this session.

This CD includes some stunning performances of standards like 'Chitlins Con Carne' (By Kenny Burrell), 'I Want You (She's So Heavy)' (from Abbey Road), and 'Prelude To A Kiss' (Strayhorn). The album alsocontains further evidence of Anthony Wilson's skill and talent as a composer as demonstrated by originalcompositions like 'Our Gang' and 'Britta's Blues.' The sterling back-up by Ferber and Bagg also deservesspecial mention with organist Bagg in particular exchanging great solos on the Hammond B-3 withWilson.

Recorded by the A-list team of producer Joe Harley (ECM, Enja) and Mike Ross (engineer) at CelloStudios in Hollywood, this remarkable session will greatly extend Wilson's high profile position as one jazz'sfinest talents.