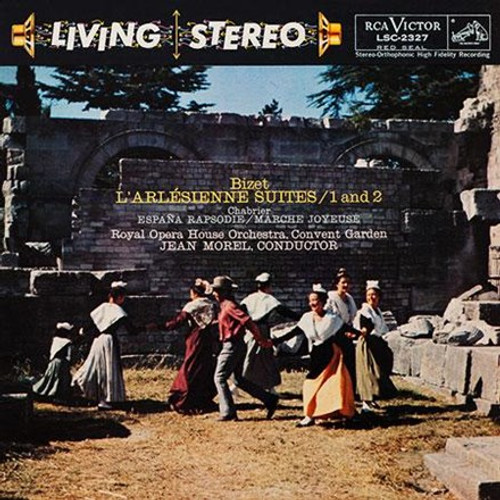 And now they're getting the much-lauded Analogue Productions reissue treatment! AP has remastered these historic recordings from the original master tapes. The majority of the titles were remastered by renowned European mastering engineer Willem Makkee while a pair of titles in the series including this SACD were mastered by Bernie Grundman.

Jean Morel conducts the Royal Opera House Orchestra, Convent Garden for this recording of music by Georges Bizet and Emmanuel Chabrier. Large, notably transparent soundstage on this recording, in which the orchestra is set back farther than the usual Decca/RCA. Recorded by beloved Decca audio engineer Kenneth Wilkinson.