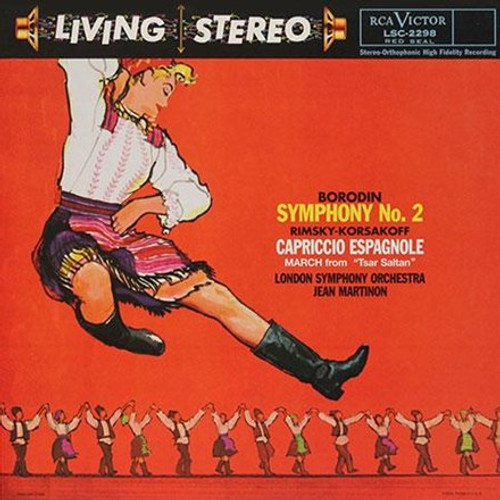 Be alerted when Borodin - Symphony No. 2 - Rimsky-Korsakov - Capriccio Espagnole - Martinon (Hybrid SACD) is back in stock

Coming on the heels of Analogue Productions' recently announced Decca Classical SACD series of 9 famed iconic classical titles, these 12 RCA Europe titles are some of the most sought-after by collectors. Hard-to-find original mint condition pressings fetch premium prices. And now they're getting the much-lauded Analogue Productions reissue treatment! AP has remastered these historic recordings from the original master tapes. The majority of the titles were remastered by renowned European mastering engineer Willem Makkee.

One of the best U.K. Living Stereos with very good dynamics recorded at Kingsway Hall. Borodin's Second Symphony is coupled with Rimsky-Korsakov's Capriccio Espagnole. This record is notable for its fine, lively performances. Midband transparency, detail, dynamics and texture are very good, especially in the first two movements of the Borodin.