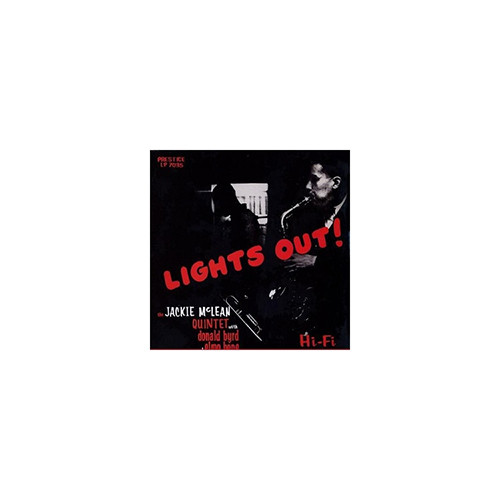 Analogue Productions' Prestige Mono Series
Mastered by Kevin Gray from the Original Mono Master Tapes
A perpetual favorite among Jackie McLean’s earlier recordings, 1957's Lights Out! finds the hard-swinging young alto saxophonist still very much under the wing of Charlie Parker, who had died less than a year earlier. Yet McLean was beginning to find ways out of the seductive artistic security of Bird imitations. For one thing, he was experimenting with tonal variations.
For another, he was working with Charles Mingus, and Mingus’s genius as a leader included forcing musicians to look deeply into their most cherished stylistic practices. The McLean of Lights Out! is the hot young bebopper with a slightly acid edge to his sound and a solid blues foundation under everything he played. McLean and trumpeter Donald Byrd occasionally engage in the "pecking" technique of mutual improvisation they developed as members of the George Wallington Quintet.
This Hybrid SACD is compatible with all CD players. The "mini LP" jackets feature printed wraps mounted to chipboard shells, producing an authentic, "old school" look and feel.
Musicians:
Jackie McLean (alto saxophone)
Doug Watkins (bass)
Art Taylor (drums)
Donald Byrd (trumpet)
Elmo Hope (piano)
Jackie McLean Lights Out! Track Listing:
1.  Lights Out
2.  Up
3.  Lorraine
4.  A Foggy Day
5.  Kerplunk
6.  Inding
1. Lights Out
2. Up
3. Lorraine
4. A Foggy Day
5. Kerplunk
6. Inding