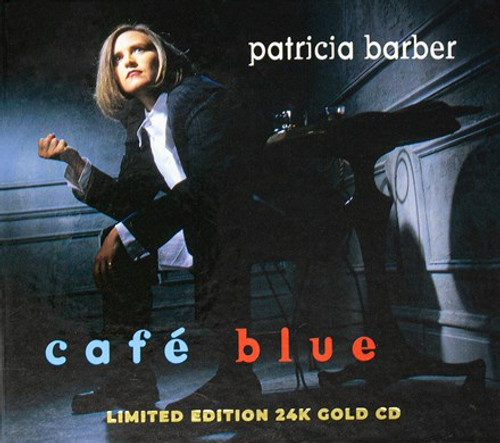 Patricia Barber's outstanding 1994 release Café Blue has won more than 15 awards from major international music institutions. Deemed an "underground classic" by jazz Bible Downbeat magazine, the album contains sparkling, indelible improvisations derived as much from Barber's interest in classical music as from jazz. This is where the internationally renowned singer-pianist truly came into her own, interpreting songs from outside the traditional jazz repertoire and debuting a handful of original compositions that revealed her innovative, thoroughly distinctive style.

From Barber's steamy, smoky vocals and crisp finger snaps to Michael Arnapol's acoustic upright bass and guitarist John McLean's tasteful fills, everything is in the right place here. On "Nardis," Barber and her trio transform the song until it becomes a piece that's both sensitive and wildly exotic. Barber's own "What A Shame" and the self-effacing "Too Rich For My Blood" delve into deep emotional waters, the arrangements sophisticated, cool, elegant, and provocative.